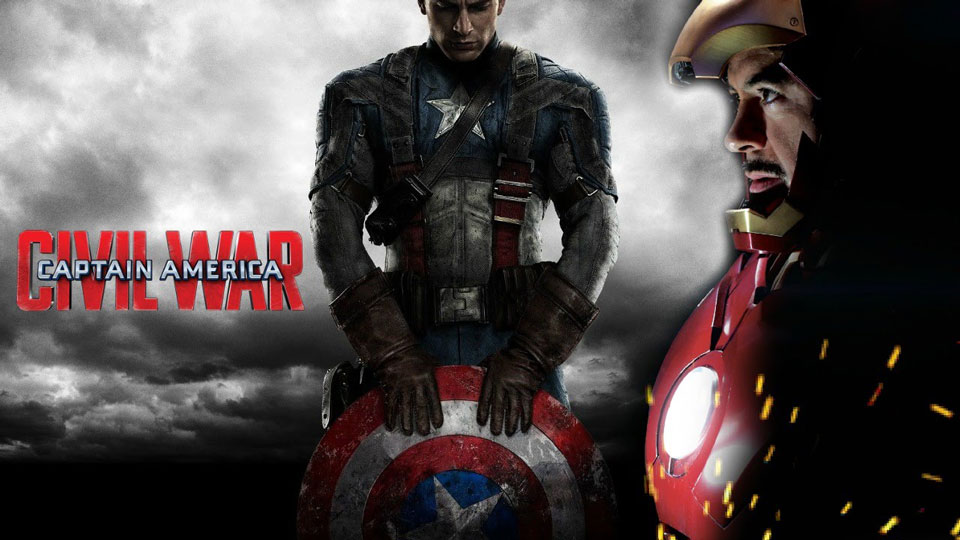 This film kicks off with a fight – a big one – then another one, followed by yet another one. There is barely time to breathe between the action scenes in Marvel’s new blockbuster Captain America: Civil War, an explosive continuation of the superhero saga where Captain America and co. go head to head with Iron Man and his following.

The men are at the centre of it all, and seem to get all the attention, although it’s the women – Scarlett Johansson (Black Widow) and Elizabeth Olsen (Scarlet Witch) – on the front line, doing all the dirty work, and all the thinking for that matter. If the guys could only learn how to communicate they would spare, not only themselves, but the whole world a lot of death and destruction.

For nerds like me there is the interesting introduction of Black Panther (for the non-nerds that would be the male version of Catwoman) who becomes somewhat of a joker in the pack. The interest soon fades as his history is driven, like all the other characters, mainly by revenge, and his presence seems to only have a balancing effect for the final superhero battle. As with Falcon and his ‘bird suit’, Black Panther creates more giggles with his skin tight leather outfit and retracting nails, as the S&M vibe is hard to shake off.

Captain America: Civil War has little, if any, substance in its story. If the previous bad guy, Ultron, was boring, this psychiatrist-turned-psycho seems so simple in his quest for the destruction of the Avengers that it’s almost pathetic to see our heroes fall for it.

The main problem with Captain America: Civil War is Iron Man. This arrogant, self-centred and shallow waste of a hero causes so much damage that his suit should be reduced to a full time can opener – a nuisance that is fortunately balanced by Chris Evans’ Captain America, who manages to entertain, barely avoiding the clichés.

Of course, Marvel shamelessly cross-markets its other franchise movies with Ant Man and Spider Man jumping in, adding to the already overloaded quota of comic relief. It might get you laughing, but Captain America: Civil War will probably leave you feeling a little let down by a film that could have offered so much more.