Starbucks have decided to sell ice to the eskimos: and Luisa Leon wonders why Colombians are queuing for the privilege

When I first saw images of people queuing round the block for the opening of the first Starbucks in Colombia I didn’t think much of it. This is probably due to the fact that we Colombianos are used to waiting in line everywhere for everything and the sight of massive queues is not a novelty to anyone in this country. Having said that, I did wonder why the opening of what is essentially just another coffee shop merited national TV coverage.

Speaking to the interviewer, the first customers proudly announced that they had been waiting since 5 a.m. and enthusiastically listed their purchases, clutching what I can only presume to be certificates that legally documented their presence at this ‘Grand Opening’. I’m pretty sure that someone had actually bought an Orange Mocha Frappuccino.

The first stage I experienced was denial. I simply could not believe the crazy levels of enthusiasm of those at the opening, nor the fervour on twitter and Instagram, and so I concluded that the whole thing, including the big queue, could only be a PR stunt to generate interest in and maybe even controversy around the new kid on the coffee block. (Oma and Juan Valdez are already in close proximity). I did not think that anyone could be so brand-influenced that they’d be prepared to get up extra early and queue for more than two hours for the privilege of paying premium price for a chain coffee shop product. Also, I did not want to believe that Starbucks were planning to open another 50 stores here over the coming years.

Then I became furious and it was clear that I was not the only one. Many social media users wasted no time mocking and condemning those who queued for hours to buy “the same coffee at eight times the normal price” and brag about it – as if posting a selfie with a cup of Starbucks would better their social status.

My anger was born of the inherent contradiction involved in enthusing so much over buying an internationally famous Colombian product (it is coffee that I’m talking about) from a foreign mega-chain, even though the coffee itself is Colombian. To be clear, I was not angry with Starbucks – I was angry with my compatriots.

Most Colombians are very patriotic and react extremely strongly to even the slightest criticism of their country. Buying coffee from a foreign big-name company, that will never be as good as the stuff found in the many specialist shops in Bogota, clearly has everything to do with image and very little to do with coffee. How then does this feeling of social advancement associated with a foreign image square with the supposed notion of a fierce patriotism?

I totally appreciate that Starbucks is going to create new jobs, providing much needed training and income. But I would also question whether those new jobs will come at the cost of others, since the company have a reputation for crowding smaller independent shops out of the marketplace. How can Juan y Camila Torres compete against the might of a global megacompany?

But in some ways the argument about job creation is not the point. My irritation is with Starbucks’ customers rather than their policies. It seems fundamentally hypocritical for people to get Starbucks-struck, or to elevate foreign products and people simply because they are foreign), while simultaneously defending or taking offence at those highlighting genuine flaws about our country.

Ultimately I arrived at the point of resignation. I concluded that for many Colombians, following trends is more important that acting coherently with what they proclaim to stand for. While I will continue to patronise my favourite coffee shops, I would not be surprised if many of those who attacked Starbucks’ first customers eventually end up joining the queue for a tall decaf soy café misto themselves.

Bogota native, Luisa Leon is an independent business consultant who has lived and worked abroad. 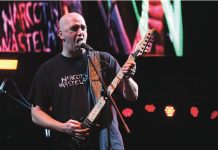