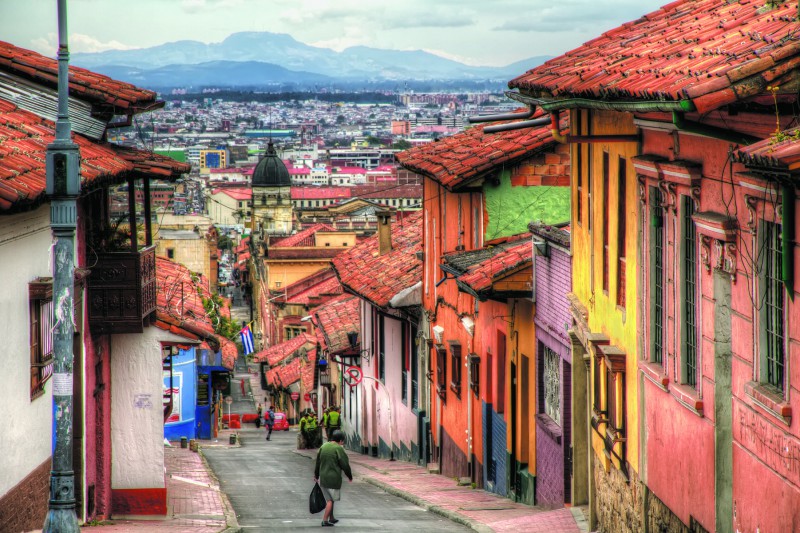 Last edition we asked for your thoughts on the Colombian estrato system. Two readers got in touch with their views…

Beginning in the 1980’s, the groupings of estratos one to six were a simple way of making basic services available to every level of society at affordable rates – essentially subsidising electricity, water and gas for the worst off.

Criticism of the system has been growing for some time. Back in July, Roberto Lippi, an expert for UN Habitat, told El Tiempo that subsidies should be focused on people, not on where they live. More recently, in an interview with ADN, he went on to liken the system to a ‘caste’ system.

And the BBC Mundo’s Arturo Wallace recently created quite a stir on social media with his article about the social divisions in Colombia.

I think anyone who has been to India would agree that what we see in Colombia is far from a caste system. For a start, it is possible to move from one stratum to another. Challenging, yes – but not impossible. Try telling that to a Dalit (the lowest caste in the Indian caste system) who will never ever be able to be anything else.

And, if we are honest, the estratos are very much an urban problem – the inequality between rural and urban communities, and the massive challenges faced by poor communities in Choco, Boyaca, Huila or Tolima represent a far more serious form of geographical discrimination.

The less headline-grabbing, but more compelling argument is that estratos have had their day – they were designed to help the poorest sections of the community, but now they are trapping them – ghettoising the poor and making them feel that they cannot move to ‘better’ areas. It also means that low income earners living in estratos 3 or 4 have limited access to support because they are living in the wrong zone.

Many sociologists believe that this kind of geographic stratification of society reduces social mobility, and increases inequality, crime and long term poverty.

The Bogota District Planning Office have worked with the National Government, UN Habitat, academics and experts from around the world, and say that dismantling the system is essential for creating a fairer society – one that puts people at the centre of development. They have put together an ambitious plan, beginning by educating people about the dangers of a segregated society and going on to create mixed zones.

As a pragmatist, I suspect that any kind of change to the estrato system is a very long way off – look at how long it took to build the Transmillenio route on Calle 26 – and imagine the red tape in changing an entire tax and benefits system.

But all change has to start somewhere, and at the start of October, Bogota Humana announced a form of subsidised housing, allowing low income workers and victims of the armed conflict to live in the centre with fixed estrato uno rates for the next 10 years.

In the meantime, there are ways that all of us can help to reduce inequality and build a more inclusive community. Think about how you spend your money – use markets rather than supermarkets; support some of the new fair trade, made in Colombia projects. Talk to people from every level of society. Volunteer – you would be surprised at the number of projects around. Not only will it enrich your time in Colombia, but also help to build a more equal society.

Elizabeth Hastings has been living in Bogota for almost two years and while she had an active volunteer life in London, much to her chagrin, she has not yet found time to volunteer in Colombia

In Colombia, I’ve noticed a distinct determination to categorise people into different identity groups; since moving here I have taken on so many identities which just didn’t matter or exist when I was in London. Not that we don’t categorise people there too – after all, the part of London a person’s from can tell you a lot about them: how they grew up, the communities they grew up in, the cultures they will have been exposed to. But here people are categorised in a way that I don’t always feel entirely comfortable with.

I am a foreigner who speaks English; therefore I’m a Gringa. The term ‘gringo’ was initially coined by Spanish-speakers to refer to English-speaking people, and nowadays is often used by Latin Americans to refer to North Americans; but as not many people here will be able to distinguish between the different accents, if you look foreign and are speaking English, you’re a Gringo.

Being a native English speaker, I’m also an English teacher (whether or not that’s what I actually am – but I am, as it happens!). There is a massive demand for English in Bogota; many national and multinational companies requiring their employees to have at least an intermediate level of English, plus many universities require students to reach a particular level of English before they can graduate in any subject. So if you’re an English speaker, expect at some point to be asked if you’ll give private English classes – because if you speak English, you are an English teacher.

Who are you? What’s your profession? (i.e. what did you study?) Here, I’m a Modern Languages graduate (and there- fore most likely a teacher or translator
by default). In Colombia, you are what you studied; and it is difficult to escape from that pigeon-hole once you’re in it. What does this mean? It means that if you studied Electronic Engineering, then that’s who you are. You’re an Electronic Engineer. If you studied Computer Science, then you’re a Systems Engineer. If you studied Business Administration, you’re a Business Administrator.

In the UK, it’s very common to end up in a career that is completely unrelated to the subject you studied. For example, though I’m a languages graduate, I’d probably enjoy working in marketing or Bogota, this would be almost impossible unless I found a British/international company willing to hire me, because Colombian companies see your degree as your career – if you want a job in marketing, you have to have a degree in marketing. Languages graduates become teachers or translators. Full-stop.

So what does this mean for you in terms of getting a job in Bogota, city of opportunities? It means that you can either search for jobs directly related to what you studied (assuming that you also have a good level of Spanish); you can teach your native language; or you can apply for a job at a foreign embassy.

Who else are you? Where do you live in Bogota? Are you “estrato 6” and therefore automatically assumed to be a member of Bogota ‘High Society’?
Are you “estrato 4”, living a comfortable middle-class life? Or are you “estrato 1 – 2”, exempt from taxes, and viewed with disdain by many from the other estratos?

You see, estratos are an indication of the social position of the people who live in a particular area or building, and the cost of your bills will depend on your estrato. People living in estrato 6 will often end up spending hundreds of thousands of pesos a month on their utility bills, even if they’ve used the same amount of energy and water as someone in estrato 4, who will end up paying $50,000 – 100,000COP for the same usage, and estrato 1, who will pay next to nothing.

This is, in theory, a fair system, but your estrato in Bogota means so much more than how much you pay for your bills. It is a suggestion to others of the quality of life you lead, your position in society, the type of job you’re likely to have, how much you’re likely to be earning, who you are likely to be associating with. In Bogota, it’s not just that you live in estra- to 4, you are estrato 4.

Naomi Dalton has been living in Bogota since October 2013 and writes the blog How To Bogota– a guide to ‘surviving the city’ for expats.