Home Uncategorized Where to eat

A Look At Two Of Bogota’s International Eateries: Al Yazira and Alo Brasil

From the outside, Lebanese fast food joint Al Yazira doesn’t look entirely promising. Lurking on a corner of Carrera 13, blocked in by a metal grill and accessed through a door that looks like the entrance to an off-licence, it doesn’t exactly scream “class”. But shake off the initial feeling of disappointment and you might just be in for an unexpected treat.

The restaurant’s mission is a simple one: to force fresh-made falafel down you with as little fuss as possible. Before your eyes the owner will whip up a $19,000 mixed plate groaning under the weight of hummus, falafel and spices, tasty enough to make the most hardcore carnivore drool. Fresh pitta bread is baked on a large stone just behind the counter, and a polite ‘más pan por favor’ is never refused.

The decor is wonderfully unhip. Those who automatically equate falafel with bearded hipster cafes will be relieved by the friendly staff and unpretentious plastic tables. The gregarious owner has a great habit of giving free Arabic coffee to his guests, and don’t be surprised if he offers to show you his iPhone photos. With wraps for around $15,000, Al Yazira is the perfect place to while away a lunch hour.

At the other end of the dining scale sits Alo Brasil, La Macarena’s frighteningly expensive ode to all things Brazilian. Deceptively small, this boutique restaurant (there’s another with the same name in Usaquen) is clearly aiming for the moneyed weekend crowd. But fear not. With dishes this good, it’s worth it.

We started with the fried chicken and sauce, which was almost miraculously good, before diving into the mains. A cheese-coated steak with crispy fries and black beans clocked in at $33,000, while a traditional rabbit dish for $37,000 sent our collective taste buds into meltdown. Friends at a nearby table had ordered a black bean and chorizo combo, so we happily stole a few forkfuls (for research purposes, of course) and can report that it’s equally good.

The menu is titanic, with dishes organised by region and influence. There’s even some seafood, but with prices in the $45,000 – $50,000 range, you’d be better off heading up the road to La Esquina. In fact, if we’re going to level a criticism at Alo, it’s that everything’s too marked up. La Macarena isn’t cheap, but the prices here effectively bar backpackers and thrifty tourists. For the rest of us though, it’s a good destination to splurge maybe once a month, when we’re feeling especially decadent and the payslip has just been cashed. 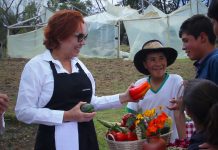 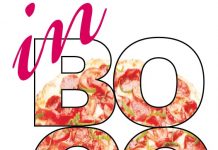 In Bogotá, top Pizzas in Bogotá