Home News, Analysis & Opinion After months of campaigning, Colombians set to choose their preferred candidates as... 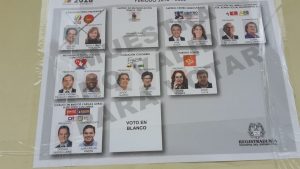 After several months of campaigning, Colombia will go to the polls this morning to either choose their favourite candidate or cast a ballot of no confidence. The less likely outcome will be an outright win for one of the candidates. The more likely outcome is the possibility of two candidates moving on to the second round in June.

At this stage, Centro Democrático’s Iván Duque and Gustavo Petro of Colombia Humana are most likely to advance based on polls. Supporters of Sergio Fajardo, Germán Vargas Lleras and Humberto De La Calle will be hoping that the polls, that have been inaccurate in the past, are wrong this time round as well.

The turnout is likely to be as low as the 2014 elections with the majority of the country either refraining or not being included in the process.

One such group that would find it difficult to participate in the democratic process would be the inhabitants of Puerto Valdivia who have been evacuated as the Hidroituango dam poses a risk of flooding the entire village. Puerto Valdivia is now a ghost town and the residents have been relocated to Valdivia where, though they are not registered to vote, officials have said arrangements will be made so that their voice too is heard.

Another significant group in the country that will be voting will be former FARC combatants who have been brought back into mainstream political life following the historic peace accord of 2016. The FARC’s leader Rodrigo Londoño suspended his campaign this year due to increasing threats to his campaign and the continued assassinations of former combatants. Given the tense developments between the FARC and the government over the last two months, the world is closely watching these elections given the differing positions the various candidates have on the peace accord.

Fajardo, De la Calle and Petro have openly spoken of their desire to maintain the obligations of the peace accord. As commentators have noted, it is unclear what challenges the peace accord will face if Duque and Vargas are victorious today. De la Calle for one, hoping the polls are wrong in showing him to be dead last among the candidates, tweeted his position of peace to his followers: “I call on the millions of Colombians who haven’t been polled yet and who share our commitment to peace. We are thousands, we are millions and we will show, with your votes, that this May 27, hope will overcome fear.”

Over the course of the last year many crises within Colombia have precipitated dialogue between the candidates. When an oil well burst in Barrancabermeja, polluting Colombia’s Sogamoso river, the conversation turned to the environment, the dependence on fossil fuels and the utility of fracking. When the Odebrecht scandal broke last year, engulfing multiple countries in Latin America, the arguments of the intrinsic corruption in Colombian politics were raised. And as thousands upon thousands of Venezuelans fled economic uncertainty, hunger and rising crime in their homeland, the dialogue became about the best solution for those most affected by the mass migration.

These dialogues will continue when a new president is chosen. The candidates have now said their piece. As polls open this morning across the country, it will be Colombia’s turn to speak.

The Bogotá Post will be covering events as they take place across the country as results start rolling in for the first round of the presidential election. Feel free to join us here and continue the dialogue. 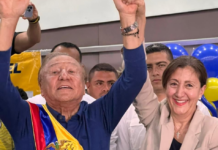 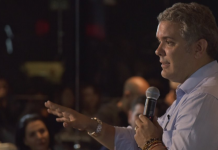 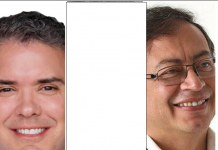 And then there were two: Colombia decides on a showdown between two markedly different visions