Home Charlotte Ryan All Eyes On The General

As Colombia waits for the release of General Alzate, we take a look at the background and potential ramifications for the peace process.

The General Steps Down

The release of General Alzate

Who Is General Alzate?

The Colombian peace talks, which have been ongoing since November 2012, were suspended two weeks ago with the capture of a high-ranking member of the Colombian Army. General Ruben Dario Alzate was seized by FARC along with two others in Choco on November 16.

Just hours after the general’s disappearance was reported, President Juan Manuel Santos announced the suspension of the two-year-old peace talks with the FARC, calling his seizure “totally unacceptable.” He stated that that talks would come to a halt until the general was released.

FARC claimed the captures were a response to increased military activity in the region. Back in September 2012, the group promised to cease kidnappings for ransom as a gesture of good will towards the peace process. They have since clarified that this commitment did not include military targets, particularly in the absence of a ceasefire.

Peace talks were a central part of President Santos’ re-election in June this year. So far in Havana, Cuba, agreements have been reached on three out of five discussion points.

Critics have condemned the decision to suspend the talks and FARC negotiator Jorge Torres Victoria, alias ‘Pablo Catatumbo’, said the FARC would require reassurances that the talks could not be unilaterally suspended again before returning to the negotiating table.

The events of the past two weeks will undoubtedly have ramifications for the peace process. Firstly, because FARC is using their leverage to make renewed requests for a bilateral ceasefire for the duration of the peace talks. Lead FARC negotiator Catatumbo has used this crisis to indicate that a similar situation could happen again as long as the two sides remain technically at war away from the negotiating table.

However, President Santos has previously dismissed calls for a ceasefire, saying this will only happen once a peace accord is signed, and the current crisis doesn’t appear to have changed his mind. This makes a scaling back of hostilities — the other proposed solution to the crisis — more realistic. There is a strong humanitarian argument for this as it would reduce further civilian deaths, as well as benefiting both sides. There have been 1,000 deaths of both guerrilla fighters and soldiers since the peace talks began.

A ‘scaling back’ of the conflict could mean FARC agreeing to restrict operations in certain areas, such as those with indigenous populations or a heavy population density. It could also mean the government stop fumigating crops and attacking key FARC strategic areas. Crucially, the scaling back of hostilities could mean that the guerrillas also cease pipeline attacks which continue to damage the country’s burgeoning oil and gas industry.

But is any of this likely to happen? What is clear is that a lot will depend on the the release of General Alzate and the subsequent clarifications about the circumstances of his capture.

Provided the release of Alzate goes well, it seems certain the peace process will continue. A delegation of victims — including Clara Rojas and General Mendieta, former kidnap victims themselves — sent a letter to the negotiators urging both sides to return to the table.

FARC also seem to want to continue with the process. They have shown this through their actions, by agreeing to release the general, and through words; Catatumbo said from Havana that this “impasse” did not endanger the peace talks and added that they were optimistic that the liberation of General Alzate would happen as planned so that talks could resume. 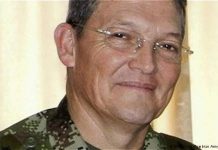 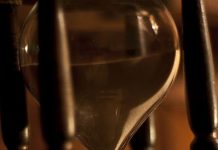