In addition to plenty of art from emerging artists, Barcú 2018 has a full programme of music, literature, cinema and theatre.

Fernando Botero, perhaps Colombia’s most well-known modern artist, once said, “Art is important because when people start to forget, art reminds them what happened.” This couldn’t be truer of Barcú, the rebellious son of Bogotá’s art circuit, as the annual art festival seeks to revive the magic and charm of La Candelaria neighbourhood.

Now in its fifth year, the alternative Barcú contemporary art and culture festival has rightly earned its place among the more established art events. Visitors will be whisked through a circuit that includes some of the 450-year-old houses of the historical centre, with the charm of the buildings themselves matching that of the art they house.

Held for five days from October 24 – 29, this year’s installment will feature international galleries, cultural talks, installations, and an extensive list of concerts, performances and workshops, running the gamut from music, literature, cinema, architecture and theatre, and of course visual art.

Barcú is the brainchild of bogotano Christopher Paschall who, from the start has sought to offer a space to emerging artists. The platform ‘Spotlights’ does just that, offering independent and under-represented artists of any nationality and age a platform with which to showcase their work.

This year’s show will include artists like Paola Ferreira, whose abstract paintings often depict ordinary people and the realities of Colombian life, and Alfonso Felipe Castañeda Feletti, whose photography revolves around the significance of the mundane within everyday life. Sair García, an artist hailing from Santander, best embodies Botero’s maxim as his art concerns the issues of conflict and displaced people in Colombia. An expected 20,000 art enthusiasts and potential buyers will see this diverse collection of work.

However, Barcú 2018 is a truly international affair, and you can expect to see work from artists that hail from Colombia, Argentina, Peru, Chile, Spain, and the USA just to name a few. Perhaps a music documentary filmed in Cuba, Indonesia and Japan may tickle your fancy? What about grand Italian art installations? Tempted by Swedish Pop-Rap? Even little ones are catered for, with art workshops for children and the National Geographic cabin keeping kids entertained. 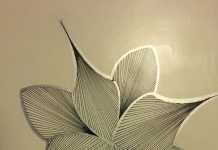 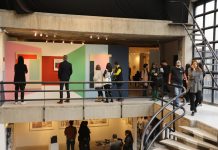