July 25 marked the final deadline to register candidatures for the local council elections – mayors, governors and city councillors – that will be held on October 25, 2015.

The survey conducted by the firm Datexco on behalf of El Tiempo puts Liberal Party candidate Rafael Pardo with 22.7 percent of voter support, while former Bogota mayor and independent candidate Enrique Peñalosa sits at 21.7 percent, and the Polo Democratico’s Clara Lopez enjoys 20.4 percent support. The main centre-right candidate Francisco ‘Pacho’ Santos has only 8.1 percent and there are five other candidates who have less than two percent of the votes.

The poll was based on the telephone responses of 800 Bogota residents between July 17 and July 21, and has a 3.5 percent margin of error.

In another development, a mayoral hopeful in the west of Colombia was gunned down on July 21. Jose Ignacio Londoño, a candidate for mayor of Cartago, Valle del Cauca Department, was shot dead by two men while holding a campaign meeting with his advisers, according to reports. 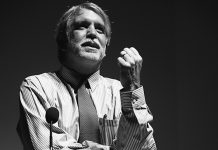 Peñalosa will be the new mayor of Bogotá 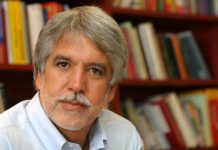