The National Federation of Coffee Growers has a lot to celebrate as coffee production continues to rise but, as the organisation’s president explains, the industry also faces significant challenges. Emma Newbery wakes up and smells the Colombian coffee.

Colombian coffee is known around the world – especially in the United States – the name Juan Valdez is synonymous with quality. The iconic farmer and his donkey Conchita were born out of a clever marketing campaign by the National Federation of Coffee Growers (FNC) that created an icon out of the moustachioed, poncho-clad farmer in 1984.

The FNC have more to boast about than creating Juan Valdez, as federation president Roberto Vélez proudly tells us at a press breakfast, “Coffee is the first ambassador of Colombia in the world.”

Related – Coffee crusaders: How is coffee culture changing in Colombia?

To get all the superlatives out of the way, coffee is the country’s top agricultural export and the largest non-oil, non-mineral export. The total coffee harvest was worth COP$73 billion in 2016. In spite of the severe crop damage caused by both El Niño and La Niña, both coffee production and coffee exports continue to rise year on year. In fact, production is at its highest since 1992.

Colombia is the third biggest producer of coffee in the world (after Brazil and Vietnam) and the top producer of arabica coffee. Created in 1927, the mammoth organisation of the FNC will celebrate its 90th anniversary this year. It supports 550,000 families and provides 730,000 jobs, employing 25% of the rural population. Not only is it the country’s largest source of rural employment, the FNC is also the largest rural non-profit organisation in the world.

“The federation is a state within a state,” says Vélez. “It carries out the functions of the state – that is to provide public services to communities.” In the zonas cafeteras, the FNC provides schools, healthcare and even electricity and other infrastructure for the communities.

The backbone to the federation is a fund which was formed back in 1940. The Colombian coffee group agreed to an auto impuesto – a self imposed tax on every pound of beans – that goes towards a fund which is managed by the Ministry of Finance and administered by the FNC. The fund allows the organisation to carry out scientific research, promotional activities, development of the brand, quality control and community infrastructure projects.

Colombia is the only country to have a national coffee federation of this type. Reminiscent of many fair trade associations, one crucial aspect of the FNC is that it offers guaranteed prices to the farmers, protecting them against market price fluctuations. Growers are under no obligation to sell to the FNC if they can find higher prices elsewhere, but the FNC are obliged to buy it, allowing farmers to plan their budgets knowing exactly what they will get.

From the outset, the well-being of Colombian coffee producers and their families has been at the heart to the organisation’s mission. That’s one reason why there are over 500 purchasing stations throughout the country so that the cafeteros can easily sell their produce.

Related – Fincruit: A base for business

Vélez says, “The number that we always have in our heads is that one hectare of coffee should produce a minimum salary.”

With an average of 1.3 hectares per farmer and 50% of the farms being less than one hectare in size, this is particularly important. Unlike other coffee producing countries, the overwhelming majority of Colombian coffee is produced on small, family run plots of land.

Moreover, the FNC will have a key post-conflict role since many of the municipalities that have been hardest hit by the conflict are in coffee producing regions. Carlos Armando Uribe, Director of Business Affairs, explained that there were many ways in which the FNC could support the construction of a lasting peace.

“There are many infrastructure problems in the zonas cafeteras and post conflict gives an opportunity to start building.” He points out that there is a huge need for infrastructure development – which the federation will now be able to carry out – in some areas. “In Cucuta 55% of the cafeteros don’t have electricity.”

While Vélez stressed that the FNC does not have any official post conflict obligations agreed with the government, Armando explains that many areas of the peace agreement already chime with what the federation is doing. For example, in terms of gender, 29% of coffee producers are female. And with the aspect of democratic participation, the union arm of the FNC is already established, with an infrastructure of 385,605 members and 370 municipal committees. There’s also an opportunity to provide employment for demobilised fighters and displaced people, as well as the much-vaunted illicit crop substitution programmes. 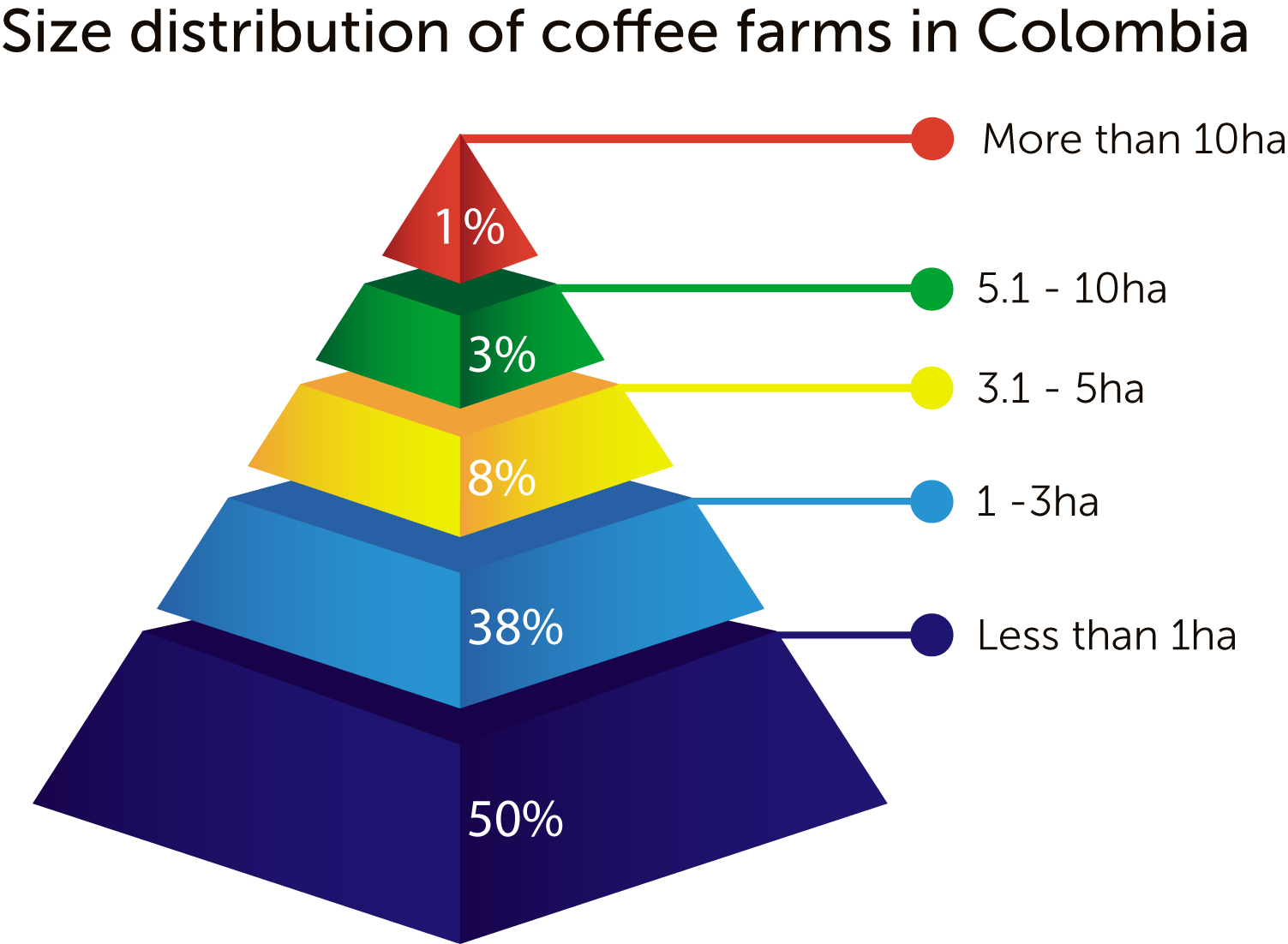 In fact, employing former FARC members might offer a solution to one of the major challenges that face the country’s coffee industry: a diminishing number of rural workers.

“It’s not easy to find people to work on the farms, people to pick the coffee,” Vélez explained. “The phenomenon of migration from the countryside to the cities in recent years and the insecure conditions in some areas mean people are looking for better opportunities.”

Colombian coffee is grown in the highlands of the Sierra Nevada and on the slopes of the Andes – terrain which makes for quality coffee but prohibits mechanised harvesting. Almost all Colombian coffee beans are harvested by hand.

Related – Colombian tax reforms: How are you affected?

The Brazilian-style mechanism (where the coffee is grown at lower altitudes and predominantly harvested by machine) will never be possible here, but the FNC is exploring technical solutions to make coffee bean harvesting less labour-intensive.

Another major challenge that faces the industry is a worldwide phenomenon: climate change. “Last year we lost almost 500,000 sacks of coffee, worth almost USD$100 million, because of El Niño and La Niña,” says Vélez.

Producers are concerned about environmental issues as well as the question of how they can satisfy an increasing demand. “This is an issue that worries the whole industry – where can we get the quantities of Colombian coffee that we will want going forward?”

Issues like these and the volatility of prices have pushed the FNC to organise the first ever World Coffee Producers Forum in Medellín in July. The idea is to bring together exporters, importers, roasters and traders from around the world to discuss the challenges that face the industry today.

Vélez explains that the idea is to form a new relationship of co-responsibility where all participants in the chain sit down together to analyse and discuss the ways in which they can work together.

“The war isn’t between Brazil, Vietnam, Colombia, Honduras, Costa Rica, Guatemala. The war is between Coca Cola, milk, juices and coffee,” he says.

The silent revolution of quality coffee

Cafés de Colombia Expo: Wake up and smell the coffee!

Baristas find out where their beans come from