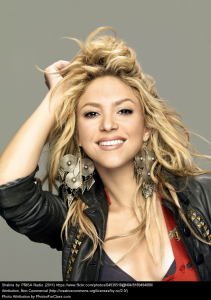 Colombian singer Shakira triumphed on the American Music Awards last night. In an entertaining show at the Microsoft Theater in Los Angeles, the blonde Barranquillera was chosen Favourite Latin Artist. She won over Puerto Ricans Luis Fonsi and Daddy Yankee, the two other nominees in the Latin Category.

It’s the fifth time since 2005 that Shakira has prevailed at the AMAs as Favourite Latin Artist, making her the most successful female artist in this category. Only Spaniard Enrique Iglesias has won the award more over his career (8).

As previously announced on social media, Shakira couldn’t attend the show, somewhat mysteriously “due to personal matters”. However, she “would accompany her partner Carlos Vives in spirit”. Together with the latter, Shakira scored the 2016 international hit “La Bicicleta”. If not for  Shakira’s cancellation, the two Colombians were planning to perform their widely acclaimed and multi-award winning song live at last night’s show. 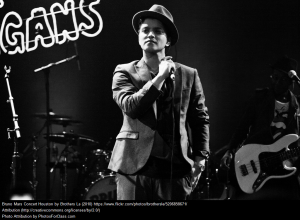 Bruno Mars, who due to a Latin-American tour was absent as well, was the big winner of the evening. The US singer with Haitian roots had 7 wins, including Artist of the Year, Video of the Year (‘That’s What I Like’), Favourite Album (‘24K Magic’) and Favourite Male Artist – Pop/Rock.

The category Favourite Song- Pop/Rock lead to another Latin American victory. Puerto Ricans Fonsi and Yankee inevitably took the crown with their summer hit “Despacito”. The song featuring Justin Bieber, was also awarded as Collaboration of the Year.

Tracee Ellis Ross, host of the show, announced in the beginning that “though there were going to be some men singing too, it was going to be an incredible night with earth-shaking, ground-breaking women,”.

And she was right. Though only 6 female related acts won an actual award and there were no female nominees for important categories like Artist of the Year or Favourite Rock/Pop Album, women did dominate the show. Female artists like Ross, Pink, Kelly Clarkson and Lady Gaga – the latter winning the Award for Favourite Female Artist (Pop) – gave powerful and inspiring performances, calling for unity and positivity in a complicated world. In addition, they compellingly spoke out against the cases of sexual assaults currently making headlines worldwide.

Throughout the show a strong political and committed tone was heard. Artists criticized the divisive politics of the Trump administration and deplored losses caused by recent natural disasters. In a moving speech, super-talented co-host Jamie Foxx called 2017 a year “that tested our faith” in which “more than ever, we needed the power of music to help us heal”.

Diana Ross, the mother of the host and lead singer of the successful Motown band The Supremes, won the Award for Lifetime Achievement. She performed some of her legendary hits, including I’m Coming Out,” ”Take Me Higher” and “Ain’t No Mountain High Enough.”

Christina Aguilera got the difficult task of honouring Whitney Houston for the 25th anniversary of the Bodyguard soundtrack but passed the test with a satisfying medley of some well-known evergreens. While Selena Gomez, the troubled modern pop-queen, gave a somewhat quaint but in any case memorable performance with her single “Wolves”.

The American Music Awards were created in 1973 with Michael Jackson co-hosting the first show in 1974. In 2014, a Spanish-language-only version was created: The Latin American Music Awards. The nominations are based on sales, airplay, activity on social networks and video viewing. Contrary to their competitor, The Grammy Awards, the winners of the AMA’s are determined by the public by way of online voting. 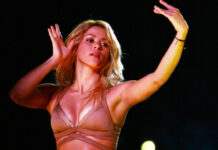 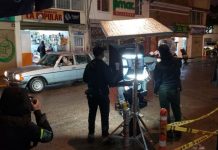