Over 550,000 Colombians made the most of visa-free travel to Schengen countries in 2017 – up from 340,000 in 2015 when the rules were changed. However, while these trips will stay visa-free, they will be subject to new electronic controls beginning in 2021.

Last year, a fraction of Colombians wishing to travel to 30 European countries needed to make visa applications. According to www.schengenvisainfo.com, just 1,945 uniform visa applications were made to Schengen zone countries in 2017, with over half of those being lodged with the Swedish embassy.

When asked, the Swedish embassy in Bogotá said that they had issued 937 visas and that 144 had been denied. They said, “We represent all of the Nordic countries (Sweden, Norway, Denmark, Iceland and Finland) in Bolivia and Colombia, with exception of Finland, in Ecuador.”

They explained that the high percentage of visas are partly accounted for by countries like Ecuador and Bolivia, who are not exempted from the Schengen visa and by “a few applications from nationals of third countries in Colombia and from some residents of the Caribbean.”

In a 2018 speech to the European Parliament, former President Juan Manuel Santos said that the move to make Europe more accessible to Colombians had resulted in “more tourism, more business, more integration between Colombia and Europe, and more dignity for Colombians.”

From 2021, Colombian citizens will be required to apply for an electronic authorisation called ETIAS before travelling to Schengen countries.

ETIAS, the European Travel Information and Authorization System has been introduced by European countries to both address potential threats and to speed up border processing. Before boarding, those eligible for visa-free travel will need to enter their information online and pay the seven euro (about COP$25,000) processing fee. The process takes up to 72 hours and once issued, the ETIAS is valid for three years. 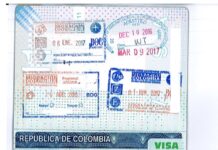 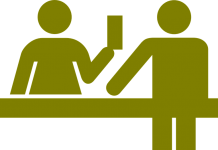 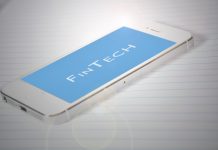