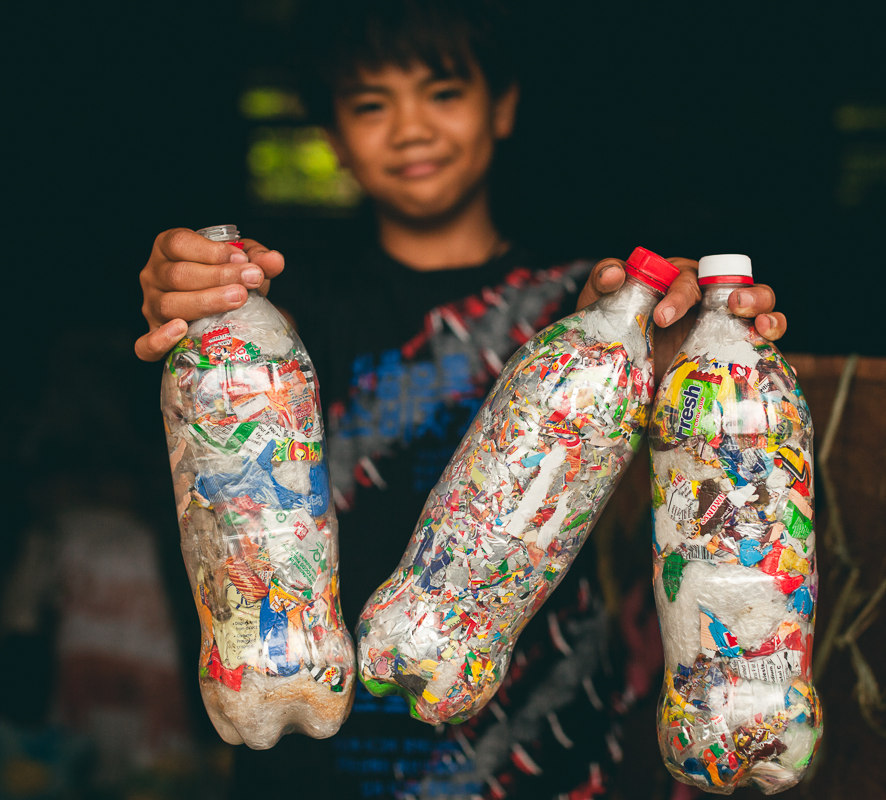 Students from the University of Medellín have received a patent to help accelerate a recycling program that creates eco-bricks. And the goal? To enable families with limited resources to build homes.

Two students, along with three professors, have been working on the environmental project for more than two years, and it was only after confirmation that no other machine existed that the Superintendency of Industry and Commerce granted a patent for their eco-brick innovation.

The patent will allow for the invention of a manual device, that stuffs waste and non-usable material into plastic bottles, creating so-called eco-bricks (ecoladrillos). The idea around recycled bottles is not necessarily new, however the device created in Medellin will make the production of them remarkably quicker.

Mario Alberto Luna del Risco, who is the lead teacher of the initiative told El Colombiano that until now the bottles were made by hand, compacting waste, mainly plastic bags, into the bottles using a stick. The new device, however, “unfolds four arms inside the bottle allowing more than 50 plastic bags to be packed inside. This pressure is generated by means of a lever that distributes the forces better, he explained.

Thanks to the device, the once time-consuming activity is now expected to take half the time with considerably less effort expended, says student Santiago Saldarriaga. The operator will be able to use bottles ranging in size from 250ml to 3 litres, compacting the same amount of material inside, therefore improving the standardization of the eco-bricks.

The eco-bricks are designed for the construction of affordable housing, and is a solution for families with little access to building material. Many communities situated in the city rely heavily on free waste material to build cheap housing, therefore this project has been met with praise and approval.

With 3,055 tons of garbage generated daily in Medellín, the project not only impacts the vulnerable communities by offering affordable building material, but reduces the amount of waste in the city. In short, it puts the huge  amount of plastic bottles found scattering the streets to good use.

Redeco, the environmental network at the university, has already put the project to use in using the eco-bricks to build doll houses at various kindergartens. But with the patent, the project can achieve a larger social impact.

“Our goal now is not to leave the prototype saved, but improve it and participate in processes with interested companies,” said Luna