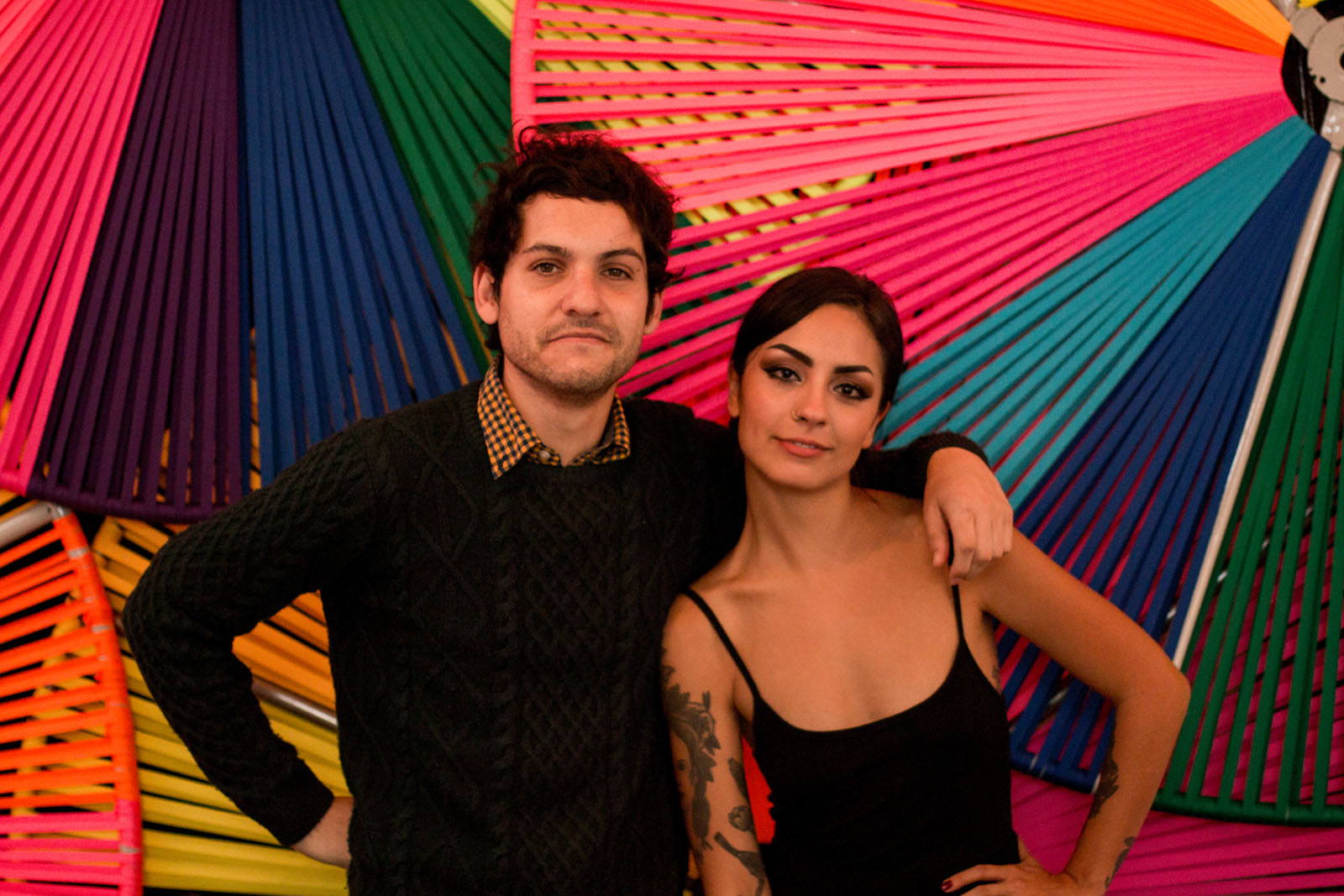 Everyone knows about the big foreign names, but we always like to keep it local, so we’ve made a special playlist for those of you who need a guide to hip Colombian music at Estéreo Picnic 2018. It’s got something for everyone, from champeta dance tracks, to electronica to good old-fashioned indie rock. 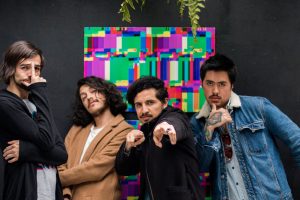 Colombia really is a country of music. It’s not just the big names that are good either. Bogotá alone is full of great bands you’ve never heard of, like Telebit. Don’t let your ignorance mask their brilliance. They address big themes in their songs, as singer Daniel Acosta explains. “As young people, we have the chance to make Colombia into the country we want, to use our vote to participate in democracy.”

There’s no resting on their laurels though, and we’re promised, “We’re finishing a cycle, so we’re going to be playing songs from [the last album] as well as some of the things from the next cycle. We’re going to take advantage of Estéreo Picnic to show the public a little of our new image,” for their show at 6.15pm on Sunday on the Chevrolet Beat stage. “It’s going to be darker, more aggressive,” promises Daniel.

From Colombia via Miami, folkster Salomón Beda takes a number of influences and produces all kinds of interesting stuff. “It’s strange,” he says, “If I’m with my guitar, a Peruvian instrument and a clarinet, it’s all here.” Despite doingmost of the work himself, he says, “For this festival, I’m with nine musicians, just me at the front and I’ll have no instrument. When I’m without my guitar I can dance and I feel liberated.”

He’s American-Colombian from a Jewish background. “I’ve always felt a very strong connection with Colombia. The warmth, the ambience, the mood, the music. I always felt Colombian. My mom told me ‘you were born in the United States’, but I always told people I was Colombian.” At 5pm on Sunday at the Chevrolet Beat stage you can find out what this combination brings. “You can connect with anybody in any language,” he says of music. 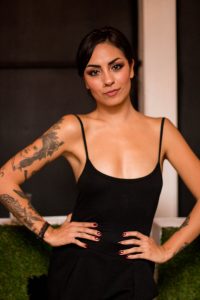 One-woman-storm La Ramona doesn’t make music like The Ramones, but she has as much energy as all four of them packed into her slender frame. It’s a big stage for one woman, but she’s not scared. “No, never,” she replies, “I’ve been at Rock al Parque, big stages. I don’t want to be arrogant, never, but I’m really happy and thrilled to give myself to the public.” We should be lucky to have her.

She hasn’t released an album yet, just playing live, but she says an album is coming. “I don’t want to release my album all at once, but bit by bit, single by single so that not even one song would be wasted.” Jump ahead of the queue and listen to her whole repertoire at 5.30pm on Friday on the Chevrolet Beat stage. She’s playing with a full wind section, not that her voice needs much support.

Since she was a little girl, caleña Cynthia Montaño’s dream was to be a famous artist, helping others in Colombia to bring a better future through culture and her music. She’s really excited about the festival because it could attract new audiences for her, “I want it to be that my music can be enjoyed by everybody.”

Her appearance is characteristically striking and she wants to share culture, music and colours from the Pacific. She’s going to show us everything that she has on Saturday at 3pm on the Tigo Music stage. Her social work through music has lead to several projects supported by different public entities. She takes a lot of influences from African-American communities and says her music is “a mix between Latin American sounds and urban music.” Surely she’ll bring a little Pacific heat to la nevera for Estéreo Picnic. 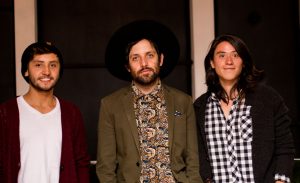 This Colombian band appears on the music scene as folk, but Surcos combine their music with others sounds from Europe and Latin America. It’s like friends that jam in the afternoons, but with different sounds and instruments creeping in. It wasn’t exactly planned, as singer Juan Felipe explains “I see it as super virginal. When we started I had no idea about the genre, which is why I call it ‘accidental folk.’” It’s no accident now though.

They have diverse influences from all over the world, like the Beatles, Bon Iver, Beirut, and Mumfords & Sons. This year, they’ll be performing under the big lights as they open the Tigo Music stage at 5pm on Friday.

Esteréo picnic is a diverse space. Like Glasto, they have a lineup that spreads across genres and is hard to pigeonhole. It’s mainly electronica and indie-rock, but there’s also a place for champeta. Tribu Baharú stood out at the press meet, beacons of costeño colour in a grey rolo sea. Drummer Cesár ‘Pocho Cien’ says “You have all the mix here,” claiming that Bogotá is a great champeta town.

It’s a debut for Tribu this year, and Cesár is excited “because of the lineup, you know? It’s an international lineup, some big stars are going to be there. I would love to see Gorillaz and Lana (…) I have the three days for free, so let’s see.” He promises to get the city dancing and bring some Caribbean heat to the mountains, so head to the Budweiser stage at 5.30pm on Friday to find out if they can. 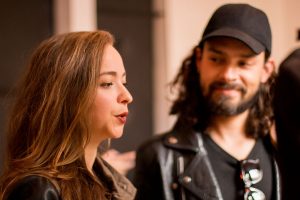 Barranquilla duo MNKY BSNSS have been around for a while, but they recently added Venezuelan singer Patricia Herrera to the lineup. This is her first time at Estéreo Picnic and she’s excited. “I’m so looking forward to it. I’m very anxious but very excited and very happy to be here.” They play at 6.30pm on the Tigo Music stage on Friday. Herrera is thrilled at the company they’re keeping. “LCD Soundsystem, Gorillaz…” she says, of the acts she wants to see, “I’m really looking forward to seeing Lana Del Rey’s show, cause I haven’t seen her live.”

They’re playing before Lana Del Rey but Patricia isn’t worried, “It won’t be a problem.” The band are ready for another cracking performance on the main stage. It’ll be dark when they arrive on stage and they’ll really start the party. “We have a new show of lights,” says Patricia. 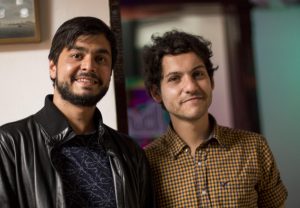 Cohetes are what you’d expect at an event like this – indie rockers. A fusion of Manizales and Bogotá, they strum out classic indie tunes. Singer Juan Pablo is “excited, but with some nerves as well.” It’s not putting him off though “with good vibes from the crowd, it’ll be a very good energy [at the event]. Today I’m calm, but I imagine that closer to the event I’ll have more nerves.”

At 6.45pm on Friday on the Chevrolet Beat stage, they’ve got a good slot at the festival. “It’s an excellent time, thank God,” says Juan Pablo, “We hope that there’ll be a lot of people to share the experience with us on the Chevrolet stage.” Good advertising from the rocker there. “We’ve played big stages in Mexico, and all over Colombia, but this is the biggest show we’ve had so far.” If you’re looking for some traditional alternative rock festival music, these guys are a good bet. 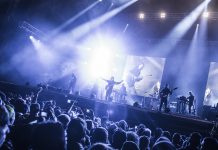