You don’t need to sell your soul to get dressed up – though you’ll be helping several businesses if you do.

The Halloween specialty store is, on the face of it, an absolutely absurd concept. Here you have a store that occupies sought-after real estate, has sources of income nobody really understands, and relies on the eccentricity of its brand to remain relevant at times when it probably has no business doing so. For all intensive purposes, the Halloween store is to the retail world what Kramer is to Seinfeld: nobody really understands how they continue to make it. And yet, against all odds, they do.

This retail phenomenon hasn’t quite hit Bogotá – or any of Colombia, presumably – in the way it has other parts of the world, but that hasn’t stopped businesses from taking risky measures to squeeze every buck out of the holiday.

Related: All in for all hallows

Last month, we mentioned the decision of Cachivaches, a home decoration store chain, to open 13 new locations in Bogotá and Medellín in a bid to increase sales by 20%. The addition of new sedes is the culmination of a plan that took root in 2017, which represents a doubling of total outposts throughout Colombia.

What’s puzzling about this plan is that it seemingly defies all business sense. Cachivaches, you see, operates on a business model that is 70-80% reliant on sales revenue from just one day out of 365: Halloween. That kind of lopsided dependence on day-of sales, for reference, is seven to eight times as risky as strolling over to a roulette table in a Vegas casino and throwing all of your money down on green.

“About 50% of our overall business efforts have to do with Halloween,” says Juan De la Espriella, Cachivaches manager. “We have a factory dedicated to producing Halloween-related products year-round, and even though it’s a part of the business that only shows up on the balance sheet in September and October, it’s impossible to not have a continuous operation.”

But, if Cachivaches are crazy for relying on us, the consumers, to show up year after year to purchase the en vogue Marvel or Netflix-inspired costume (rumoured to be Casa de Papel this year), you’ve gotta say that we’re at least as crazy for reliably turning up this time every year for a new look.

The saving grace for Cachivaches is that it offers other items that you might find yourself in need of at some other point during the year. If the store misses its mark selling Halloween costumes, they can at least cling to the hope of making up for it later on with a wicker basket and throw pillow sales bonanza.

Our purchase of a costume – much like a Hollywood actress’ new Met Gala dress – however, is very unlikely to be useful at any other point in our lives, let alone in the same calendar year.

Seriously, think for a moment about another holiday – any holiday – that encourages people to buy things they can really only use once. At least Christmas decorations get rolled out year in and year out. Ignoring food and the contraceptives you may have purchased to ring in Valentines Day – or Amor y Amistad, depending on your preference – such occasions really don’t exist.

You’re sceptical, I get it. The possibility of having your picture surface on “the ‘gram” in a less-than-immaculate costume is a risky bet surpassed only by Cady Heron refusing to wear pink on Wednesdays. But if Cachivaches is willing to take risks this year, there’s nothing to stop you from doing the same. 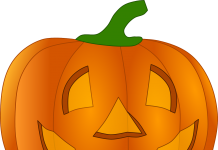 All in for All Hallows 2017, Halloween in Bogotá