Home Entertainment Mexican Actor Bernal in ‘Mozart in the Jungle’

Mexico’s heartthrob Gael Garcia Bernal will be playing an orchestra conductor in the new Fox Life comedy ‘Mozart in the Jungle’.

Amazon Studios, whose series ‘Transplant’ picked up several Golden Globes, began production in early 2014. Though the show is in English, producers are hoping for similar success and a broader viewership with Bernal in the lead role.

It follows Rodrigo de Souza, an eccentric conductor, and his faithful assistant and oboist Hailey (Lola Kirke) as they navigate the bureaucracy and war of egos in the world of classical music in New York.

The show is inspired by oboist Blair Tindall’s 2005 memoir ‘Mozart in the Jungle: Sex, Drugs, and Classical Music’, which recounts the wild social lives of classical musicians.

The series, which hit Colombian airwaves for the first time on Wednesday, February 4, can be seen on the Fox Life channel at 10pm every week. 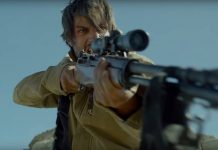