Referendums on complex and emotive issues have the power to divide nations. As both Colombia and the UK – the birthplaces of much of our editorial team – live through generation-defining periods, The Bogotá Post reflects on the vital lessons Colombia can learn from Brexit

A lot has happened in the United Kingdom since the Brexit vote on June 23. Hate crime spiked immediately after the decision, with 331 incidents reported in the first week (up from an average of 63). The prime minister, who was on the losing side, resigned immediately. Even politicians who had most vocally supported Brexit left their roles or dropped leadership ambitions in the aftermath of the vote. The potential of border controls between Northern Ireland and the Republic of Ireland could undo years of progress made since the signing of the Good Friday agreement.

Many Brits living in Colombia have observed the post-Brexit turmoil in deep shock, struggling to recognise a home country that – from a distance – we often find ourselves idealising amid certain frustrations of daily life in Bogotá. But those disappointed by the Brexit result were also able to rejoice in the very real consolation that, on the very same day the UK voted to leave the EU, our new home took a huge step towards a better future as the government and FARC agreed to a full bilateral ceasefire.

Such a juxtaposition of feelings gives pause for thought now that Colombia faces its own referendum, and the Brexit wreckage provides us with vital lessons that Colombia must take on board if a peace accord is to lead to real peace.

The EU referendum stirred hatred and division like nothing most of us have ever seen in the United Kingdom, with the leave campaign whipping up resentment against foreigners. The UK Independence Party said that Britain was “full”, claiming that our education and health services could not cope with more people. They produced a poster with the slogan “Breaking Point: The EU has failed us all”, depicting hundreds of refugees. Jo Cox – a popular pro-EU Member of Parliament and one of the strongest advocates of the refugees’ cause in the British Parliament – was murdered by a man who reportedly shouted ‘Britain first’ as he shot and stabbed her.

Yet as indefensible as some of their actions and words were, leave campaigners were not the only ones focused on belittling and demonising their opponents. Many quarters of the remain campaign responded to the Brexit arguments with a distinct, and ultimately self-destructive, air of superiority and arrogance. Rather than trying to understand why millions of ordinary people wanted the UK to leave, and finding ways to engage with those people, the remain camp opted to judge leave voters, dismissing their views as antiquated, or ‘Little England’.

Brexit has left a deeply divided nation, but even if the UK had voted differently, the nature of the campaign would have left an equally fractured country and tensions would likely have remained high. This provides us with the first necessary lesson for Colombia’s peace referendum: campaigning must be carried out with a dignity that was tragically absent during the pre-Brexit vote debates. This goes both for those who support the peace deal and those who oppose it. Colombia has endured too much violence already, and the referendum will achieve nothing if it just becomes a vehicle for more hatred.

The complacency of the establishment

The remain campaign’s defeat perhaps holds the most stark warning of all for those who will be attempting to gain public support for the peace accord. Like the remain camp, the peace accord enjoys the support of the majority of the political establishment, almost all large companies and employers, and well-respected high profile figures from across the world – not to mention a wealth of expert opinion from economists and other academics.

If this was not enough to ensure victory for remain in the UK, one cannot assume that it will be enough for the pro-peace accord campaign in Colombia. The Brexit campaigning brought to the surface a distrust of politicians and authority that was decades in the making; in Colombia this distrust is far more entrenched. Moreover, while one might argue that voters disenfranchised with their lot in the UK misplaced their anger by blaming the EU, it is harder to disagree with strong anti-FARC sentiment among the Colombian population; the guerrillas have played a major role in such untold pain and misery that almost every Colombian has been affected, whether directly or indirectly.

The remain camp wholly underestimated anti-EU feeling and overestimated people’s willingness to back mainstream political parties who had overseen economic decay in much of the country. They also wholly overestimated their own ability to crush anti-EU sentiment into oblivion under the weight of academic warnings about the stock market and economic data points.

Peace accord campaigners must not underestimate strong anti-FARC feeling nor overestimate voters’ willingness to blindly back a political establishment that has overseen a country at war for over half a century and with high levels of poverty, violence and corruption.

Most importantly, peace campaigners must not commit the same mistake that the remain camp did and simply ignore the genuine – and understandable – concerns of those who dare to oppose their ideas. The remain campaign did very little listening – or, if it did, it did not come across as an entity that understood ordinary people’s concerns. Judgemental, self-righteous and condescending comments from remain supporters forced leave supporters into a corner, made them even more stubborn and – crucially – opened the door for scaremongering politicians such as Nigel Farage to become the “people’s friend”.

Colombia already has its own Farage, and he already has a far larger following than the former UKIP leader ever had. Former president Álvaro Uribe is – like Farage – playing with ordinary citizens’ fears, promoting divisions, using hateful language, tagging onto causes that suit his agenda, and pursuing his goal with a frightful obsession.

If Uribe’s rhetoric is not to overwhelm the debate, those who support peace cannot fight fire with fire. Just as denouncing all concerns about immigration as xenophobic paranoia did nothing to help the pro-EU campaign, slagging off “Uribestias” (“Uri-beasts”, the rather unimaginative name that anti-Uribe internet commenters use for his supporters) as ignorant warmongers will do nothing for the peace cause in Colombia.

Brexit reminded us that you cannot change someone’s mind by making them feel alienated and criticised. If you call someone ignorant because they are propagating opposing views that you think are based on misinformation, they are unlikely to listen to you. The way to counter this is to listen to people you disagree with, to understand their fears, and to build trust and respect. Only from that point can a constructive discussion begin. This is not only what needs to happen for the peace accord to win a referendum, it’s also what needs to happen for the peace accord to translate into a peaceful country.

All this is even more important in Colombia than it was in the UK because of the inherently opposing aims of each referendum. Brexit was designed to divide: the very nature of the project was about the UK breaking away from a European Union painted as a kind of villainous “other”. With this in mind it should be no surprise that the referendum has left a divided nation. Peace is designed to unite. It is about Colombians coming together to give a little bit of themselves, offering a hand to the “other”, for a collective good.

The Bogotá Post wholly supports the peace accord as a way of reducing violence and deaths, uniting Colombian society, and taking a big step towards a better future for the country we love. But if Colombia’s pre-referendum campaigning on either side of the debate follows the nasty, lying, condescending, vengeful and arrogant example of Brexit, it will put the future of peace at peril – whatever the result of the vote. 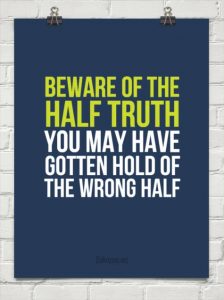 One aspect of all political campaigns are half truths – or outright mistruths – that gain common currency. As a Quartz columnist put it: “In the age of a post-factual democracy, politicians sometimes get what they want by getting the narrative right and the facts wrong.”

The challenge for today’s democracy is that once a story with a good narrative goes viral, people believe it whether or not it is true. And it is then very difficult to put the genie back in the bottle.

A 2013 research paper by Brendan Nyhan of Dartmouth College and Jason Reifler of the University of Exeter says: “if people are sufficiently motivated to believe in a claim […] it may be impossible to change their minds.”

Nyhan has been working to counter false beliefs since 2001, when he and some colleagues created a forum called Spinsanity – a website dedicated to correcting political lies. When he found that this wasn’t working, he began a series of academic experiments to understand the process of misinformation.

One experiment, which tested the impact of pro-vaccination campaigns, found that not only did none of the corrective attempts work, some actually made people hold on to their views more strongly.

The 2013 study had some more useful conclusions, highlighting three key lessons for journalists and campaigners:

Source: Corrective information is more persuasive when it comes from people they trust and ideologically agree with. So where people may be unlikely to believe denials/corrections issued by the FARC, they may believe those from the church, the army or from a politician from their own party.

Myths: Human beings naturally make narratives or inferences to make sense of situations. So simply saying something is untrue will have little impact unless you can provide an alternative account or explanation.

Language: The report says it is important to use language that affirms the truth rather than negating the lie. For example, it is better to say ‘John is innocent’ than ‘John is not a criminal’, because “studies suggest that repeating a false claim with a negation can actually cause people to remember the core of the sentence (‘John is a criminal’)”. 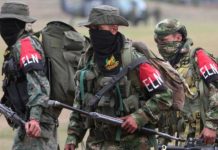 Standing on the threshold of peace