A look at the abortion debate in Colombia and throughout Latin America.

Since 2006, Colombia has been considered a regional leader in defending women’s reproductive rights. That may have changed on March 2 when the Constitutional Court had the chance to vote again on its 2006 abortion legislation. In 2006, Colombia decriminalised abortion in the cases of rape, incest, or life endangerment to the mother or foetus.

Amanda Klasing of Human Rights Watch, an international human rights NGO spoke to The Bogotá Post about the Court’s ruling.

“The Court lost an opportunity to change the lives of women and the chance to keep its leading role in the region to uphold human rights standards with the jurisprudence that respects the human rights of women,” she said. “The good news is that the debate is still alive with a vibrant civil society that isn’t afraid to speak out and help to shape the debate.”

When abortion opponent and lawyer Natalia Bernal brought the case to the constitutional court, seeking a total ban on abortion, she accidentally catalysed a full reconsideration of the 2006 decision. The Constitutional Court had three options:

It went with the first option, which neither advanced nor progressed abortion rights in Colombia – it upheld the current status quo.

Human Rights Watch had been involved since January, after submitting an amicus brief to the Colombian Constitutional Court, urging them to opt for decriminalisation.

Americas Director, José Miguel Vivanco urged the court to be realistic. “When considering Colombia’s obligations, the court should ensure that its ruling reflects the reality for women, girls, and adolescents in Colombia who already struggle to access many health services,” he said in a press release.

Colombia is not alone in its resistance to change. Latin America has long been a bastion of Roman-catholicism and as a result, traditional, conservative ideals. Today in Latin America, only three countries permit abortions without restriction: Cuba, Uruguay, and Guyana. Until this week, the Constitutional Court’s decriminalisation of abortion made Colombia a trailblazer in the region, despite the inherent restrictiveness of the 2006 law.

According to the Guttmacher Institute, a sexual and reproductive rights research and policy organisation, Latin America sees the highest percentage of abortions per pregnancy with 32% of all pregnancies ending in abortion from 2010-2014. This rate has remained largely unchanged since 1990.

A bill to legalise abortion during the first 14 weeks of pregnancy, beyond the two cases of rape and maternal risk, narrowly failed in the Argentine senate in mid-2018. In response, pro-choice activists proposed a similar bill with more inclusive language in May 2019, which has yet to be voted on. Meanwhile, Argentina’s recently-elected President Alberto Fernández made making legal abortion one of his campaign promises. In a speech to the Argentine congress on March 6, President Fernandez doubled-down on his commitment, announcing that he plans to bring the bill before congress next week. Meanwhile, the debate remains fierce on the streets of Buenos Aires and beyond, where the emblematic green of the Ni Una Menos women’s rights movement clashes with the blue of the right-winged, pro-life opposition.

Our neighbour to the south is no stranger to the abortion debate. Ecuador’s current abortion laws only allow the procedure in two narrow cases: pregnancy resulting from the rape of a woman with mental disabilities and when the mother’s life is in danger. An effort to expand legalisation was blocked when Ecuador’s National Assembly rejected a bill that would have expanded the current law to include all rape cases and cases of fetal abnormalities. As a result, Ecuadorian women, including those without mental disabilities who abort a pregnancy resulting from rape, may be jailed for up to two years. Some conservative members of the National Assembly defended their votes by arguing for more severe punishment for rapists rather than increased access to abortion for women.

Mexico has gained international attention recently around its alarmingly high rates of femicide and corresponding radical feminist response to the violence. According to numbers released in early 2019 by Mexico’s Executive Secretariat of the National Public Security System (SESNSP), an average of 10 women are murdered in Mexico every day. Meanwhile, two of Mexico’s states – Mexico and Oaxaca – are blazing a trail with both states allowing all abortions within the first 12 weeks of pregnancy. The state of Mexico was the first to make the move over a decade ago in 2007, when the Mexico City legislature approved a bill that proposed decriminalisation in the first trimester of pregnancy. It took until September of 2019 for another Mexican state, the state of Oaxaca, to follow suit. This was in response to fierce activism to pass the measure, considering that according to government figures, abortion is the third leading cause of death among women in the region.

As Klasing suggests, Colombia’s vibrant civil society and nascent, paro-influenced protest culture will likely spark a push-back to the March 2 decision. Argentina is poised for a renewed debate in the coming weeks, with President Fernandez’s new bill. Perhaps continued discourse in one part of the region will stoke the flames of pro-choice activism in others. What remains clear is that as women continue to die in clandestine, unsafe procedures, there’s a clear public health issue that is not being addressed. 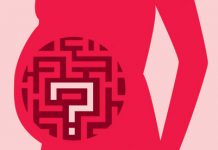