A Constitutional Court ruling ordering the city to reinstate bullfighting in Bogota has elated the matadors who have been on a hunger strike outside the iconic Santa Maria Bullring since early August, but chants of ‘olé!’ are unlikely to be heard anytime soon.

The bullfighters camped out in front of the Plaza de Toros stadium on a hunger strike, now in its 36th day – surviving on chocolate, serum and water – are convinced it’s only a matter of time before they are able to wield the matador’s cape and sword once again.

Bogota Mayor Gustavo Petro said the city would abide by the ruling, but planned infrastructure renovations to the Bullring, and an appeal against the ruling by bullfighting opponents could delay bullfighting from returning to the capital for months.

“Petro is going to abide by the law, but he is going to use the excuse that the bullring is going to fall down and that is it not suitable to open to the public. He could take this mandate and make it go on for a long time before opening the bullring,” Wilmer Villamil, a hunger striker, told The Bogota Post.

Villamil went on to tell us about some of the difficulties which he has faced over recent weeks, including being away from his family, as he doesn’t want his children to see him in the condition he is in.

He also mentioned that one of the hunger strikers was taken away as he was urinating blood and also said that a few of the strikers had dramatically sewn their mouths together the week before in a bid to make the politicians make quicker decisions.

Twenty-one-year-old David Rodriguez, a bed-ridden hunger striker camped outside the Santa Maria Bullring since the strike began, commented that he was optimistic bullfights would return, but added that the long strike has taken its toll on his health and the health of the others.

“Some of the strikers have been in the hospital on a number of occasions because of the lack of food. I’ve been to the hospital too, and they gave me a brain scan,” he said. “I’ve developed an ulcer and gastritis. The conditions are not favourable for us, and everyone is suffering. Everyone is getting sick, getting the flu.”
Doctors have advised the hunger strikers of the health risks and the damage they are doing to their bodies.

“We’re doing it against the advice of the doctor, and the doctor did explain the risks of what could happen if we continue,” Villamil said. 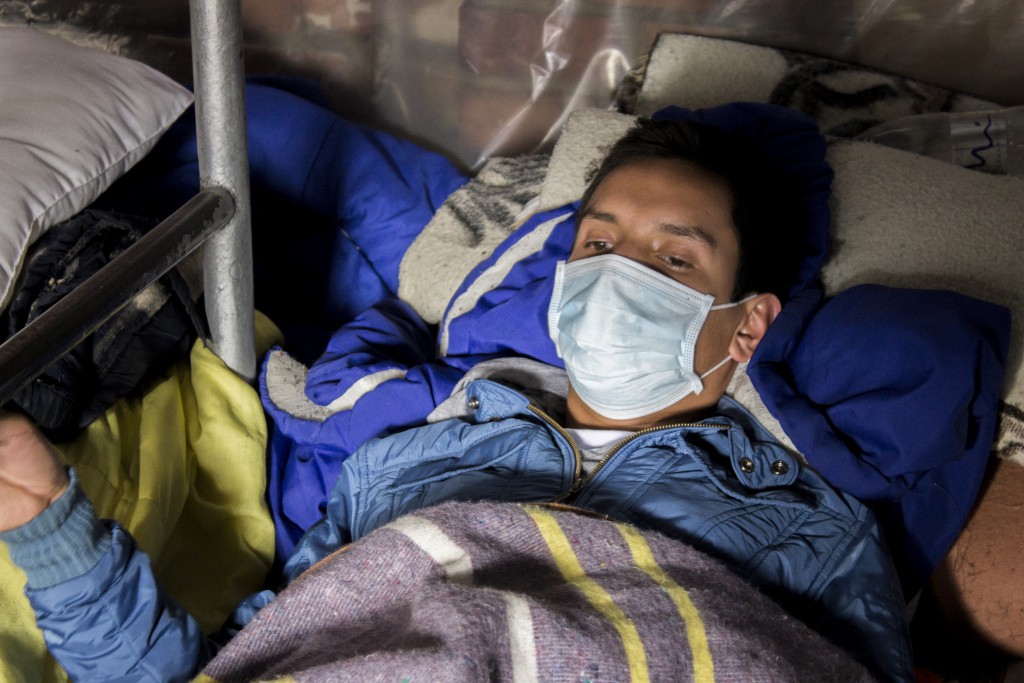 “We all began the diet at the same time – a bottle of rehydration fluids and two small chocolate bars, one in the morning and one at night. We eat the chocolate bars for calories, but we don’t eat too much chocolate as you can get diarrhea that way,” he added.

Colombia’s highest court ruled on September 2 that bullfighting constituted ‘freedom of expression’ and therefore must be reinstated after the controversial sport was banned in the capital’s bullring in late 2012.

But animal rights activists are exploring a number of options to have the court ruling annulled. They argue that the ruling contradicts Colombian laws aimed at protecting animals such as livestock, house pets and circus animals, while bulls bred for the spectacle of bullfighting enjoy no such rights.

“While we respect the ruling of the [Constitutional] Court, we regret that it has ruled in favour of the interests of the bullfighting business and against the rights of animals,” she said in the report.

Highlights, heartbreak and a star is born in nail-biting Tour de France

Emma Newbery - October 5, 2020
Applying for a visa in Colombia? Here are some simple rules to follow.