Local favourite Juan Sebastián Muñoz has won the seventh edition of the Club Colombia Championship, the most prestigious golf tournament held in the country.

Muñoz finished on -12, to win by one stroke over Matt Atkins and Richy Werenski from the United States who both finished on -11. It was the first ever tournament victory for a Colombian golfer in the Web.com tour, a developmental tour for the US-based PGA tour.

The winner from Bogotá received a cash prize of USD$126,000 and is the new head of the leaderboard in terms of prize money on the developmental tour. Muñoz will now be looking to continue this form and follow the footsteps of countryman Camilo Villegas by qualifying for the PGA tour in 2017.

Bucaramanga, Medellín and Cali all met the hosting requirements for the event that will be held from September 10 to October 1, impressing FIFA with their states of preparedness, although FIFA head of futsal and beach soccer Kasra Haghighi, noted, “The next few months are crucial […] in a number of areas. There is still a lot that remains to be done”.

Ibagué, meanwhile, missed out again after failing to meet its promises to football’s governing body. This follows Ibagué’s well documented problems as host of the 2015 National Games.

World number six Miguel Rodríguez will be an ambassador for the biggest ever squash tournament held on Colombian soil, the 2016 Squash Colombia Open, from February 14-20. The Professional Squash Association will land in Cartagena for the M100 tournament which will take place in the colonial Plaza de la Aduana. 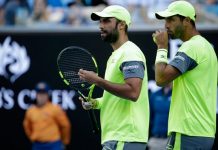