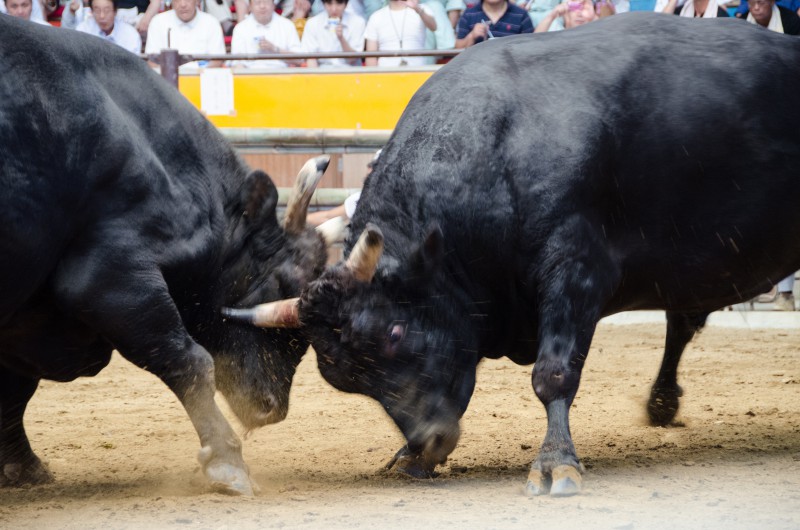 As bullfighters stage a hunger strike outside bullring, angry animal rights activists make every attempt to confront them

Eight young bullfighters have gone on hunger strike with the aim of making Bogota Mayor Gustavo Petro reinstate bullfighting in the capital.

The strike started on Monday August 4 and is taking place outside Bogota’s historic Santa Maria Bullring in the Macarena neighbourhood.

The men are camping out 24 hours a day and not washing or eating. One striker was taken to hospital after five days of not eating. It was later revealed that he had suffered a brain haemorrhage.

The protest comes after two years of debate between the bullfighting community and the city government. In 2012, Mayor Petro decided to ban the sport in Bogota.

“We are on a hunger strike because the mayor went over our heads two years ago. He took away our access to the bullring without any reason and for over two years we have been fighting, but we got tired of not being listened to,” bullfighter and hunger striker Andres Manrique told The Bogota Post.

Protesting under the slogan, ‘We don’t want food … we are hungry for bulls’, the strikers and their supporters claim that over 36,000 jobs have been lost as a result of the prohibition and has thus had a detrimental impact on Bogota’s economy.

Natalia Parra Osorio, Director of Animals Free from Torture (ALTO), believes that Mayor Petro will not give in to the strikers demands.

“What we are dealing with here are living beings (bulls) that are bred and destined to be humiliated, tortured and killed. The mayor has been very clear that while he governs, Santa Maria Bullring will not be a stage for the fun of blood,” she said. 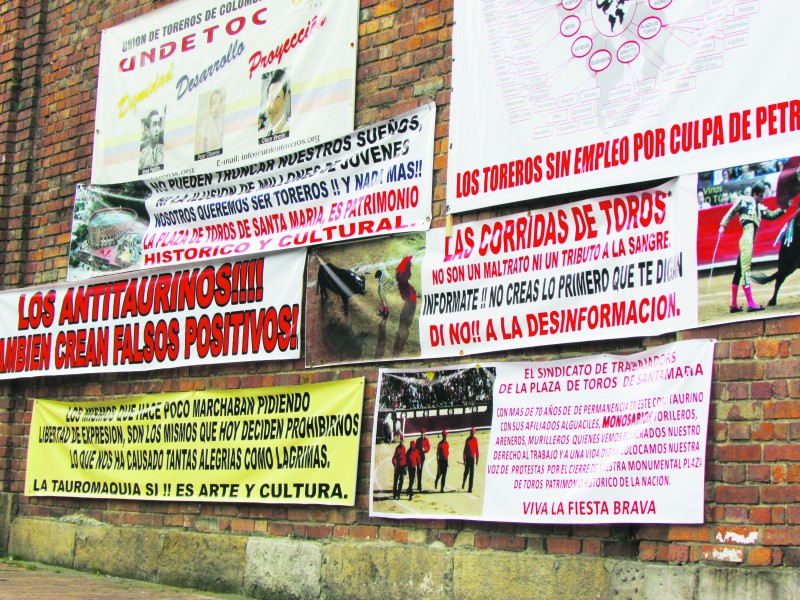 Anti-bullfighting protesters and animal-rights activists have also taken to the bullring to protest.

Animal-rights activist Diana Magally Pabon said: “(Bullfighting) is a joke, one of the most ridiculous spectacles I’ve seen. I think murder is not a right of man, so what they are demanding is beyond any limit.”

The hunger strikers claim that clashes with animal-rights activists have been an issue, alleging that there have been spontaneous attacks and threats against them.

Police have had to cordon off the protest area in order to maintain distance between the two sides.

“(Anti-bullfight protesters) are very aggressive. I believe they have been sent by Petro and that he pays them to come and intimidate us, throw stones and generally treat us badly. They are always trying to get us worked up and angry”, Manrique said.

One of the hunger strikers’ wives told the Post that since the bullfight ban, they have had trouble making ends meet.

“They’ve taken away our right to work and to freedom of expression, so it’s been two very hard years, because we make a living from this,” Daniela Cormona told the Post.

The hunger strikers are due to have talks with various Colombian ministers over the coming weeks regarding the matter and vowed not to leave the bullring until it has reopened.

“We are going to keep going until they drag us away. Until the plaza is reopened, we will be here,” Manrique said.

Livability in Colombia: Is this a city for cars or people?

Oli Pritchard - October 29, 2020
Bogotá is dominated by motorised transport – but is that a good thing?

Halloween in Colombia: A date with magic

Juan Pablo Contreras Rios - October 29, 2020
Witches and sorcerers are not just for Halloween in Colombia.