Colombia’s state run oil company Ecopetrol announced on March 13 that it will take back control of the Campo Rubiales oilfield in mid-2016.

Stocks in beleaguered Pacific Rubiales, Colombia’s largest independent oil company, fell 11 percent on the news. The oilfield accounts for almost a third of its production.

The decision comes as Ecopetrol looks to increase production. However, taking control of the mature field will require significant investment just to maintain output.

Colombia plans to examine the best financial and production options for running the country’s largest oilfield.

The country’s largest oil workers union (USO) carried out a 24 hour strike on March 19, following mass lay-offs in the sector. Some 3,000 workers marched from 8am on day to protest against further privatisation of state oil firm Ecopetrol. The union is set to meet with the Government and Ecopetrol representatives on March 25.

USO President Edwin Brown warned that if agreement is not reached the union could call an indefinite strike as early as March 26.

Elsewhere, Colombian truckers have reached an agreement with the Ministry of Transport to end their 23-day action.

The strike, which has led to a consider- able reduction in transport capacity, is said to have caused a price hike in basic food products, especially in Bogota.

According to Dinero magazine, the Colombian economy lost COP $5 billion per day during the strike.

Colombia’s central bank Banco de la República announced after its latest monetary policy meeting on March
26 that it will keep its reference rate at 4.5 percent for the seventh consecutive month. BanRep finds itself caught between inflation above the target range and the lower oil price hitting GDP growth expectations.

Inflation reached 4.36 percent in February, crossing BanRep’s 4 percent upper target limit for the first time since 2011. However, a rate increase to calm inflationary pressures would be tricky as the bank has reduced its 2015 growth forecast from 4.3 percent to 3.6 percent.

The seven members of the Central Bank’s board voted unanimously to maintain rates, and told assembled reporters that the increase in inflation is due to temporary factors. However the bank did not rule out intervening in the future if inflation continues to increase.

On March 31, KLM Royal Dutch Airlines will return to Colombia after 20 years. The company’s new circular route will start in Amsterdam and stop in Bogota and Cali before returning to the Dutch capital directly from the capital of Valle. The service will operate three times a week.

Avianca has announced that it will begin daily flights between London and Bogota in July, and on March 2 Aeromexico added a twice daily Mexico City-Medellin flight to its existing Bogota services. 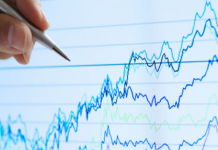