Home Uncategorized Rage Against The Machine?

Tools like Google Translate are not flawless, but they can have their uses, says Rachel Beresford

We’ve all done it  – turned to Google Translate in a moment of weakness and made a laughing stock of ourselves in the process. I will never forget the first time I was invited to a Colombian parranda. Google translates that one as “spree”. Would you have known what to expect?

The fact is, as most of us know, learning a new language is a lot less about cheating and a lot more about patience, sweat and tears, at least until you get past the prompt card stage and can actually string a sentence together. Employing a machine translation is surely a recipe for disaster, isn’t it?

Not, it turns out, if you use it correctly. In fact, a cheeky bit of Internet help should probably just come stamped with a “caution” or “handle with care” label – especially as we improve our knowledge of our new language and learn how to spot the computer’s mistakes.

The European Commission, for example, loves a bit of auto-translate. Yep, those boffins in Brussels are not above turning to their computers when they’re stuck for a word- and they’re not alone. Dozens of blue chip companies around the world have admitted to doing the same thing. The question is, how do they make it work?
The Internet is full of disastrous translations. From the biker who tried to have “Ride Hard, Die Free” tattooed on his chest and ended up with “Ride Hard, Dye Without Cost”, to the Occupy Wall Street protester who had no idea his placard had been translated into Chinese as “There is no corruption” instead of the valiant “No more corruption”. Oops.

It’s generally accepted, therefore, that machines work best when asked to translate a single word. They’re basically a dictionary in that case. They are also excellent with frequently used set phrases and not too bad with sentences which have clear and simple structures. Their weakness is volume, which is why long texts tend to get lost in translation.

Businesses that use machine translations say the trick is in the human post-editing. Companies, including computer manufacturers DELL, say they use translators to check and edit a computer’s work, rather than translating from scratch. DELL, which has websites in 28 languages, claims this approach has cut translation time, and therefore costs, by an impressive 40%.

Microsoft also plans to introduce Skype Translator later this year, which will offer real-time translation, both with subtitles and audio, so people can Skype one another in different languages. We’ll look at the effect of this on language studies in next edition’s column.

In the meantime, it’s probably best to keep using computer translations in moderation. In other words, avoid going on a machine translation parranda at all costs.

Rachel Beresford is CEO of  Executive English Training. In this, her regular column, she explores various aspects of living in more than one language.
@EETraining 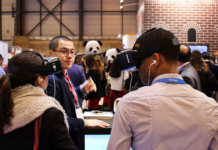