Home Colombia WHO: Zika virus ‘spreading explosively’ in the Americas

Diana Mejía takes a look at the Zika virus, which has triggered worldwide concern and caused an international health emergency

As reports of Zika infections continue to mount in the Americas, the World Health Organisation (WHO) has declared a “public health emergency of international concern”. Following the first meeting of an Emergency Committee at the start of February, Director General Margaret Chan called for an international response to reduce further spread.

The Zika virus is transmitted by a type of mosquito found throughout the Americas, thus facilitating its explosive spread. However, the emergence of the viral infection – first reported in Brazil in May 2015 – has been aggravated by the lack of immunity to it by people from the Americas.

While serious, it is not the virus itself that has sparked such concern and panic, it is the reports of associated birth defects, including microcephaly, and a connection to Guillain-Barré Syndrome (GBS) which can cause paralysis and death.

Most individuals infected with Zika virus only experience mild symptoms including fever and rashes which will abate within a week. Bogotá resident Angelica Quintero recalls her experience with Zika while visiting family in Neiva last Christmas: “I had a rash and an itch throughout my body for three days. I put ice on it to soothe it.” Ms Quintero had also been infected with chikungunya one year prior. When asked how the symptoms compared, she explained that chikungunya was much worse: “I was incapacitated for two weeks, I had to be carried around.”

First identified in Africa in the late 1940s, the Zika virus is thought to have reached Brazil during the 2014 World Cup, where the infection rate is now reported at over a million people. Since then, it has reached 23 countries in the Americas, with Colombia reporting the second-highest number of cases. Scientists have linked rising temperatures from global warming to the increased incidence of mosquito-borne infections, including Zika.

During a 2014 Zika outbreak in French Polynesia, a startling connection was made which linked GBS to the virus. This progressive neurodegenerative disease leads to damage of the peripheral nervous system and muscle weakness. Brazil’s health ministry has also reported a correlation between the surge of GBS and Zika cases.

Then, in October 2015, a sudden spike in cases of congenital microcephaly in Brazil shed light on yet another disquieting association, this time afflicting newborns. Microcephaly, a condition in which babies are born with unusually small heads, has since become the most shocking image of the ravaging effect the virus has had in the country. The condition has been associated with symptoms such as convulsions, developmental delays and feeding difficulties. Microcephaly has varying degrees of severity and can be life-threatening in many cases.

While scientists from the Latin American Collaborative Study of Congenital Malformations (ECLMAC) believe that over reporting may be taking place due to an awareness affect, the sheer number of cluster cases has led the WHO to declare an international state of emergency.

After an Emergency Committee meeting of experts, the WHO stated that “a causal relationship between Zika infection during pregnancy and microcephaly is strongly suspected, though not yet scientifically proven”. Studies for a causal relationship are now underway in Brazil and throughout the world.

In an announcement on February 6, President Santos said that in Colombia, there have been over 25,645 reported cases of infection, of whom 3,177 are pregnant women. With a commitment that the government is doing everything possible to tackle the virus, Santos declared that the country is bracing for 600,000 new cases by the end of the year. Experts project a possible 500 cases of microcephaly and 1,000 cases of GBS.

The Colombian National Health Institute (INS) has reported that almost 60% of the cases are in the departments of Norte de Santander, Cundinamarca, Barranquilla, Huila and Tolima.

There are currently no drugs or vaccines to treat or prevent Zika infection, yet vaccines exist for viruses closely related to Zika such as yellow fever. This paves the way for the creation of an effective vaccine, although development and testing may take several years. For the time being, mosquito control is the only option for restricting Zika virus infection.

The Brazilian Health Ministry is expected to allow genetically modified mosquitoes – which pass a ‘kill switch’ gene to their offspring and can reduce mosquito populations by up to 90% – to be used in the country in the coming months.

The surge of Zika-related birth defects has had a devastating effect on communities where expectant mothers are living in a nightmarish state of anxiety, waiting to know the fate of their unborn child. Women have been lining up in clinics throughout Brazil, cradling their infants, many only realising the seriousness of their infant’s condition after speaking to health officials.

“People are very worried”, said Angelica Quintero. “My sister-in-law has been in a relationship for seven years and was thinking of trying for a baby. But now she’s being very careful to avoid a pregnancy.”

The call for delaying pregnancy has been echoed by governments throughout Latin America, with El Salvador going as far as to suggest holding off until 2018. Women’s rights activists have deplored these recommendations as naive and insufficient, as they place the brunt of the responsibility on individual women without addressing the lack of access to contraceptives, the morning-after pill or safe abortions for millions of women.

Nancy Northup, President and CEO of the WHO Centre for Reproductive Rights explains: “Women cannot be expected to bear the sole responsibility for curbing the effects of the Zika virus. Women in countries such as Colombia and El Salvador are being asked to abstain from sexual intercourse and delay pregnancy, but then denied adequate reproductive health services.”

To complicate matters further, sexual violence is widespread and over half of pregnancies in the region are unplanned. In addition, microcephaly cannot be diagnosed definitively until at least 24 weeks and more likely within the last three months of pregnancy. By this time, abortions would be illegal in the majority of the affected countries. In El Salvador, abortions are illegal under all circumstances including rape, malformations and even when the mother’s health is in danger. Having an abortion can carry a sentence of up to 40 years in jail.

Traditionally conservative Brazil has already seen major scale abortion debates, with some judges proclaiming that they will allow women to undergo legal abortions in cases of microcephaly. Colombia had its first legal abortion due to microcephaly last week, performed on an almost eight-month pregnant woman. The type of legal battles and chains of requests she was forced to undergo (including having to travel from Cartagena to Bogotá) would make it prohibitively difficult for most women.

Fearing a rise in deaths from unsafe abortions, Giselle Carino, deputy director of the International Planned Parenthood Federation (IPPF) stated that governments “must expand access to safe abortion services and need an awareness campaign so women know about the risk of Zika and are aware of their options if they find themselves pregnant”.

WHO representative Nancy Northup has called on “governments, donors and aid agencies [to] take steps to ensure all women have access to the information and services to make informed decisions about their reproductive health”.

In the meantime, many unanswered questions still remain regarding exactly how the virus is affecting pregnant women, including the percentage of foetuses getting infected when the mother acquires the Zika virus during pregnancy, and whether the stage of pregnancy interferes with the virus’s ability to be transmitted to the foetus.

Sleep under a mosquito net

Many countries have advised pregnant women to discuss their travel plans with their healthcare providers and, where possible, consider postponing travel to high-risk areas. If travel cannot be avoided, women should strictly follow mosquito bite prevention measures. 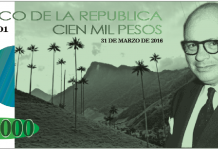