Home Colombia Victims ‘have a right to the truth’

Colombia must strike a balance between the pressure to end 50 years of bloody conflict and the pressure to prosecute those who have committed crimes during the conflict, former UN Secretary General Kofi Annan said last week.

The ex-UN chief arrived in Bogota on Monday, February 23, and met with Colombian President Juan Manuel Santos, as well as staunch peace talks critic, ex-President Álvaro Uribe. Annan also met with a number of conflict victims before giving the keynote address at a conference on February 25.

He said that revealing the facts of what happened to the thousands of Colombians killed and disappeared would be a long and painful process, but conflict victims were entitled to the truth.

“Victims are owed the truth, however grim and appalling it may be. They are also owed justice. But most crucially, they want to know that it will not happen again,” the 76-year-old Nobel Peace Prize laureate told a crowd of about 200 diplomats, politicians, human rights activists and journalists.

The day-long conference, entitled “Truth Commissions and Peace Processes: International Experiences and Challenges for Colombia” was hosted by the International Center for Transitional Justice (ICTJ) and the Kofi Annan Foundation.

Annan stressed that every conflict has its own particular characteristics, but also told the conference about components of successful truth commissions:

• It has to be clear as to why a truth commission has been established. Clarity is vital.

• Truth commissions must reflect local realities and not blindly follow a template.

• Expectations need to be managed. It needs to be well understood that truth commissions can only establish facts, not hold criminals responsible.

• The work of a truth commission alone cannot reconcile a divided society.

• Good leadership is crucial for success. Past truth commissions in other parts of the world have failed because of a lack of leadership.

According to the ICTJ, the question of how to establish the truth is a key part of all peace processes, as it can allow a country as a whole to reconcile itself with the violence that took place during the conflict.

David Tolbert, the president of the ICTJ, told the conference that Colombia could learn from international experiences as it addressed the questions of whether the country needed an official truth commission, what the value of the commission would be, how much authority it would have and how it might affect questions of accountability and institutional reform.

He emphasised the idea that truth commissions are not a substitute for the judicial process, stressing that truth is a value in and of itself.

For close to a decade the ICTJ has been helping various groups in Colombia with independent projects to understand what happened in specific places at specific times.

Tolbert said the infrastructure of truth-seeking in Colombia is already in place with the creation of the Centro Nacional de Memoria Histórica (National Centre for Historical Memory) as well as measures to redress forced displacement with the passage of the Land Restitution Law in 2011.

“The country has already demonstrated the existence of a social demand and distinct capabilities for carrying historical memory,” Tolbert said.

What is lacking, he noted, was trust in Colombia’s political, judicial and military institutions, many of which have been complicit or even culpable in many crimes committed during the conflict.

In his conference address, President Santos reflected a similar theme. He said that all victims must be recognised, because the rights of the victims are not negotiable.

Peace with the maximum amount of justice

The delicate balance between the pursuit of truth and the pursuit of justice dominated media headlines and discussions both inside and outside the conference room.

Ex-President and now Senator Álvaro Uribe voiced his “disagreement” with the peace process during his meeting with Annan on Tuesday last week.

“There is a law in place for all terrorist groups to reintegrate [into society] if they compensate their victims, but there is no room for impunity”, Uribe told a local radio station shortly after their meeting.

Colombia’s powerful Inspector General Alejandro Ordoñez told El Nuevo Herald newspaper last Wednesday – just a few hours after the conference in Bogota had ended – that a peace deal in which some members of the FARC were granted immunity from prosecution would be no peace at all.

But in Havana, Cuba, head guerrilla negotiator Iván Márquez said the FARC leadership would spend “not one minute in prison”.

Annan had a few words of caution for the guerrillas’ position. He urged the FARC to consider the possibility of facing justice for their crimes, and warned that if they did not, the International Criminal Court could step in.

President Santos phrased it this way: “It’s an objective that may sound simple, but it’s extremely difficult. How to achieve peace with the maximum amount of justice?”

He continued: “We deserve the truth in its entirety, and to the satisfaction of the victims, and also it is the right of society. We need to establish what happened – when, where, how – and why did it happen, and who is responsible.”

Mr. Annan, who headed the United Nations for nine years, knows all too well of the conundrum countries torn apart by war face when the will for peace clashes with the duty to prosecute those who have committed crimes. 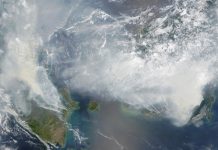 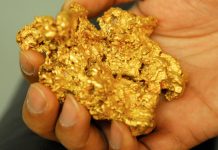 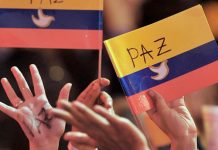