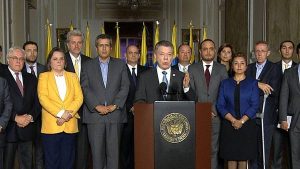 On April 25, the new Santos cabinet was announced – changes the president said responded to the needs of this particular moment in history. The new inner circle contains representatives of all regions of the country, and politicians from various parties – including those not in the coalition. The president said this will be the cabinet of peace, the cabinet for post-conflict and “the cabinet to consolidate our economy and the fight against poverty”.

His office will be key in the peace process and in the implementation of the jurisdiction approved for the post-conflict. Member of the Alianza Verde party (centre-left).

López  resigned her position as president of the Polo Democrático (left-wing) party in order to take this role. She was a presidential as well as a mayoral candidate in the last elections. 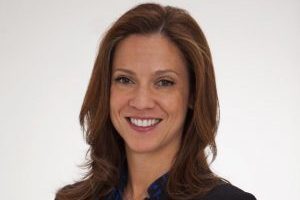 Ministry of Commerce Industry and Tourism

Lacouture is tasked with increasing foreign import and export. President of ProColombia, she has worked there for 20 years. Member of the Unidad Nacional party. 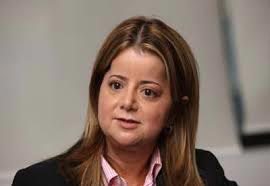 Noguera, from Barranquilla, comes from a politically influential family. Member of Vice President Germán Vargas Lleras’s Cambio Radical party, Noguera was the running mate for his presidential campaign in 2010. 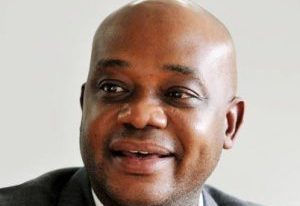 Another member from Cambio Radical, Murillo is the manager of the presidency’s Plan Pacífico. His region has been deeply affected by the armed conflict, and faces continuing issues from insurgents.

Ministry of Mining and Energy

The economist was manager of Fondo de Adaptación. Arce, a member of the Conservative party takes on the role in the midst of an energy crisis and a debate relating to land use and mining. 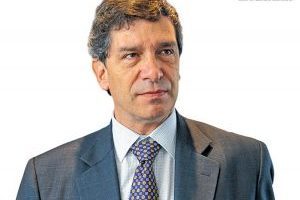 Secretariat General for the Presidency

Currently serving as the post-conflict minister, Pardo will temporarily assume the Ministry of the Presidency until it is dissolved and reverts to the Secretariat General for the Presidency. 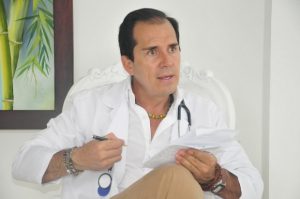 Former mayor of Manizales, where he assessed the planning committee in zoning matters and was the secretary of public works for the municipality. Member of Unidad Nacional party.