As the Rugby World Cup reaches the final stages and rugby fever mounts around the world, Alexander James takes a look at the growth of rugby in Colombia and how you can take part

Despite its popularity on every continent in the world, rugby union is a virtually unknown phenomenon in Colombia. However, there is a rumbling on the horizon, a building momentum that is glacial in both speed and size. Rugby, if only union, is gaining a foothold on these shores.

Since its introduction by British and French expats sometime in the mid-1970s a number of clubs in Bogotá have sprung up across the city – seven of which are associated with the competitive league in the city. Most of these ‘official clubs’ have a women’s team as the sport is becoming popular with both genders. As the Colombian national women’s side have recently qualified for the Rio Olympics, interest in rugby will only continue to grow.

In fact, as recently as 1993, registered player numbers stood at a paltry 50. Today, only 22 years later, that figure has shot up to more than of 15,000 registered players. The pleasing part of this is the number of young people who are taking up the game – a strong youth competition is the bedrock for future domestic and international success.

Roberto Andrés Gomez, President of the Colombian Rugby Federation is excited by the ongoing progress of his sport.

“With World Rugby’s help in the areas of economic investment, development, coaching and governance, growth on all fronts for Colombian rugby are set. The qualification of the Colombian women’s 7’s side for Rio 2015 is a testament to this and we want to keep this momentum going.”

There are several clubs in Bogotá that make up the Liga de Rugby Bogotá:

Alianza, Barbarians, Cancerberos, Carneros Andes, Club Azules, Coyotes, Jaguares, Minotauros, Salamandra and Zeppelin. Contact Liga de Rugby Bogotá at [email protected] or contact the club you want to play at for more information on how to get started.

Games are played on various fields in the north of Bogotá every Saturday in a round-robin style fixture with Semi-finals and Finals played at the end of the season.

The ball is fought for in a scrum, where the two teams link arms and push against each other in a contest for position.
The ball can only be passed backwards, never forwards, and you can only tackle the ball carrier.
Players have defined ‘positions’ on the field relating of their size, build, speed and tactical guile. 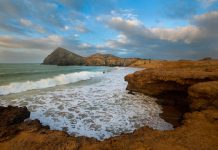 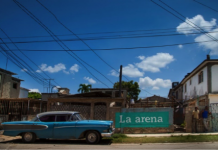