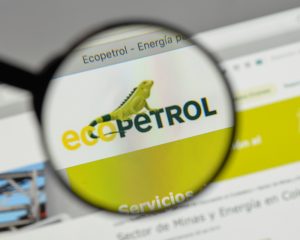 This Monday, it was reported that sufficient evidence had been found for the Fiscalía to launch a formal investigation into the environmental emergency caused by the disastrous oil spill that occurred over a month ago in the city of Barrancabermeja. Recent evidence from the ANH (Agencia Nacional de Hidrocarburos) suggests that the Lizama 158 oil well was in fact “temporarily suspended” by “authorisations issued on June 16, 2016, January 15, 2017 and July 15, 2017”, reported Santander local paper La Vanguardia. If this were to have been the case, according to the ANH, appropriate precautionary measures should have been taken: “suspended oil wells must be appropriately secured either by placing a cap over the surface of the well or valves on the surface or underground”.

The 24 kilometres of oil slick have so far killed 2,437 animals and contaminated 40 stretches of water. Aside from the obvious environmental devastation, which is among the worst Colombia has ever seen, the economic impact of the 550 barrels of spilt oil is concerning to say the least.

For the fishing communities who work around the Sogamoso river, work is now scarce as they have been forced to abandon trade due to the high volumes of hydrocarbon which have spilled out into their waters. According to El Tiempo, fishermen are suffering from a daily loss of around 200,000 pesos, the equivalent to around 40 fish caught in a six-hour working day. Speaking to the daily, Pablo Gil Rincón, President of the Puente Sogamoso Village Fishing Association, explained the precarity of their situation, “when we started to find traces of oil in the body or the smell of the animal, we stopped fishing, because we knew that nobody was going to buy this sort of product”. Nevertheless, Radio Nacional recently communicated via Twitter that Ecopetrol has attempted to give some form of compensation in the form of over 140 thousand gallons of water to the fincas surrounding the site where the oil spill occurred.

After some debate over whether the oil spill was triggered by fracking, a topic recently opposed by all candidates in the first round of Presidential Debates earlier this week, including Ivan Duque who previously had not dismissed it, the ACIPET (Asociación Colombiana de Ingenieros de Petróleos) recently made a statement to douse suspicions. The union explicitly specified that “the Lisama oil spill was not, in any way, related to deposits of rocks generated with the use of hydraulic fracking techniques”. Investigation into the spill comes at a particularly important time for Colombia given that environmental concerns constitute an important part of all Presidential candidates’ proposals. In a recent comment, Duque said that the Lisama 158 spill was “regrettable” though should not deter Colombia from future oil drilling. On the other hand, Petro stressed the need to put an end to Colombia’s dependence on oil and carbon, but was supported by Duque in his emphasis on renewable energy as an alternative source.

The ANH is currently in the process of confirming with Ecopetrol what specific actions were taken with regards to the supposed suspension of the well. If the appropriate ones were not taken, Ecopetrol will be liable to prosecution for the crime of environmental contamination and sufficient answers will be expected from the largest and most important petroleum company in Colombia. Both members of the public and authorities are hoping that the recently-launched internal investigation into Ecopetrol will get to the bottom of the cause of the disaster, after over 3 weeks of preliminary investigations have yet to render satisfactory answers.