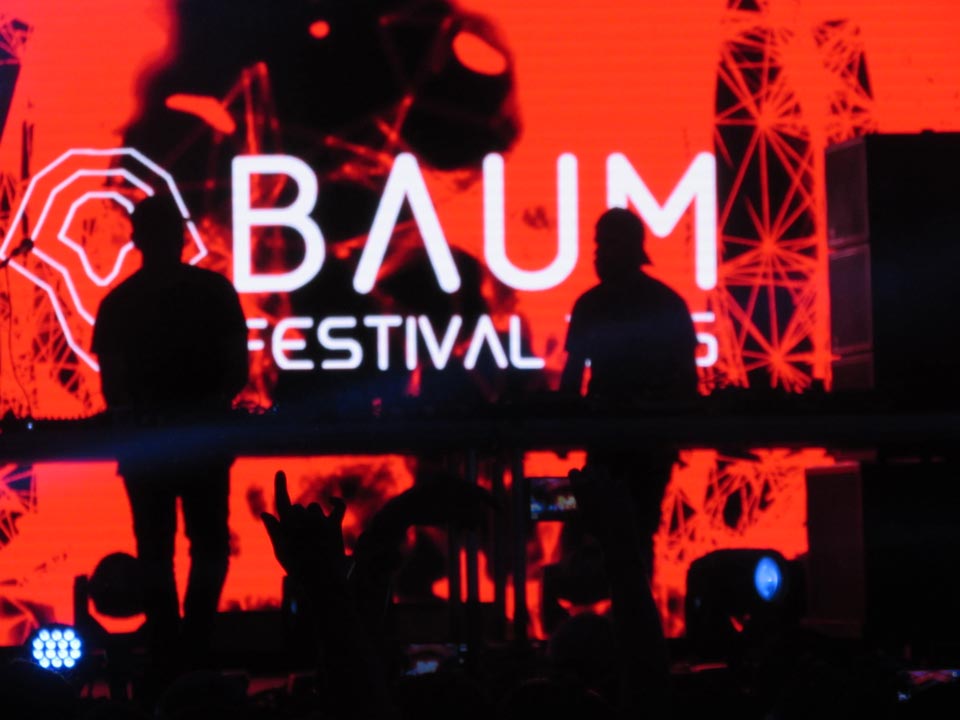 On a sunny May afternoon, thousands of music revellers headed to the northern outskirts of Bogotá to witness the second incarnation of what is probably Colombia’s foremost electronic music event, BAUM Festival.

Building on last year’s successful inaugural event, which saw the likes of Dubfire, Scuba and Danny Tenaglia take to the stage, this year sought to cement the festival as the place for both touring DJs and fans alike. Whereas last year’s festival had a line up of various styles, this year had a distinctly techno flavour to it. And all the better for it!

With three stages – the main Budweiser, the outdoors El Jardin, and the smaller chillout area, along with a food court, medical services, the now traditional Échele Cabeza tent with its drug analysis services, and even a barber shop, the event was well set to accommodate the 8,000 or so people who were to attend.

The day kicked off at a healthy 128 beats per minute – a pace that was to increase as the day wore on – with a good showing from some local talent. Adi, Mavidip & Steinlausky and techno legend Sónico – who has been pioneering the genre locally for decades – provided the backdrop to the early hours of the festival for those face-painted, sunglass wearing party-goers who arrived while the sun was still shining.

As the sun went down, the energy levels went up. With acts such as techno godfather Kevin Saunderson, Nicole Moudaber and Job Jobse to come, the atmosphere was electric. Marc Houle showed why he has been at the top of his genre for more than 20 years with a solid set, which was followed by Ellen Alien, who positively smashed the guts out of the bogotano public for two hours with what was a contender for set of the day.

We sprinted from the main area over to El Jardin to catch the end of MANDY’s audio-visual set, where they were successfully working the crowd up into a frenzy, before catching Job Jobse dropping ‘The Man With the Red Face’ and Nicole Moudaber playing ‘Born Slippy’. People everywhere, sweat dripping, smiles on faces, dancing in unison to the sound of the beat. Then, as the night reached its peak, Kevin Saunderson took to the decks with the best part of 4,000 people screaming him on (the other 4,000 losing it to Bjarki across the park). Detroit techno at its most stomping, he even threw in a mix of ‘Good Life’ for good measure.

All in all, BAUM Festival has become an astounding success, following on from what BAUM, the club, has achieved in the city – bringing top quality DJs from around the world to the country’s capital. It goes to show that Colombia has moved beyond its past and is full of people ready to go out and express themselves, enjoy themselves and dance their socks off. It is now a top stop-off point for big acts, as well as a spawning ground for upcoming local talent. Long may it continue. 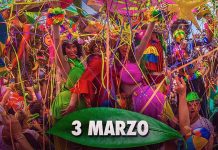 The Elrow extravaganza comes to Bogotá