A report has outlined the main issues in Latin American megacities revolving around infrastructure and development.

Carried out by The Inter-American Development Bank, the report entitled ‘The Reality of Latin America’ shines a light upon problems in five of the biggest Latin American cities, including Bogotá.

The public opinion survey was carried out in the five cities to find out the perception that citizens have about their quality of life, urban infrastructure needs and standards of public services.

During the months of October and November 2013, 1,000 questionnaires were carried out in Bogotá and each of the other five cities.

Respondents were asked to rate concerns in order of preference The top five priorities for people living in Bogotá were, in order, security, transparency, transport, noise and climate change.

The survey revealed that Bogotanos travel on average one hour and 34 minutes for a return journey and out of the five countries, they came top of the chart for citizens that commute one and a half hours or more.

Bogotá also came top of the tables for the highest percentage of extreme weather occurrences. They came joint first with Lima and São Paulo for homes where family members believe they have suffered some type of respiratory illness within the last year as a result of bad air quality in the city.

However, the report did also show some positive views on life in Bogotá. The city scored highly in the ranking on availability of public spaces, as well as having one of the best ratings for a good quality water system.

According to the report, Latin America is the developing region with the highest rate of urbanization in the world.

Today, the urban population in the region accounts for over 82% of total population and this percentage is expected to reach 90% by 2050. 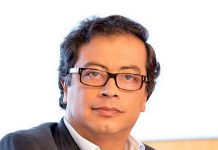 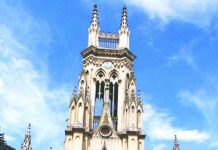