Home Latest State of emergency due to floods in Cauca department 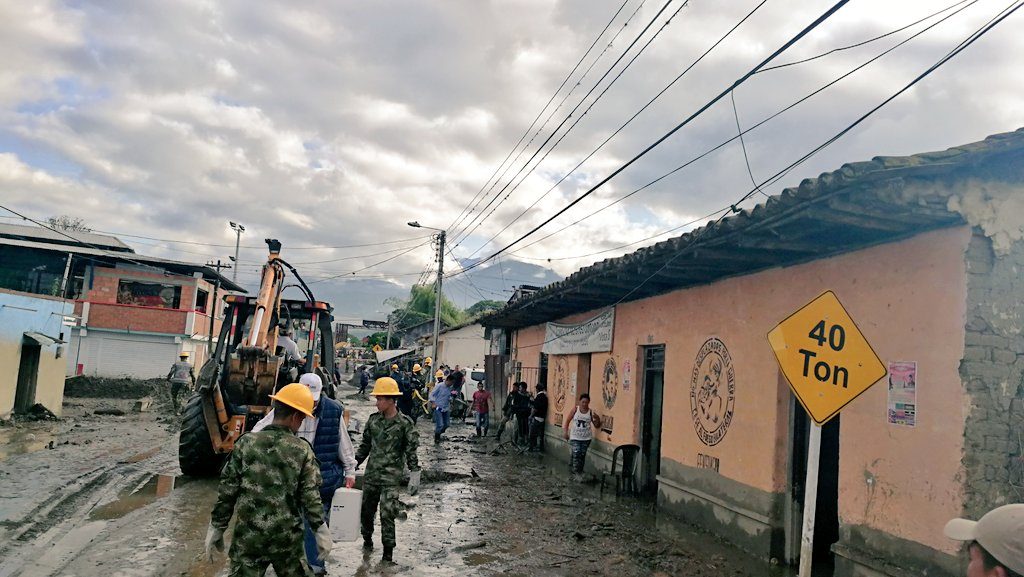 At least 4 people are dead and around 27 have been reported injured after La Paila River overflowed yesterday afternoon in the town of Corinto, in the department of Cauca.

Heavy rains caused the river to spill over and flood a number of neighbourhoods, reportedly forcing more than 60 families to take refuge in a makeshift shelter set up in a local sports complex.

El Espectador reports that 22 homes were destroyed and 2 schools suffered important damages. On top of casualties and injuried reports at least 19 people have been reported missing, according to El Tiempo.

Relief organizations including the Red Cross and teams of firemen from nearby towns in the Cauca Department have been assisting in rescue efforts and attending to victims.

Governor Óscar Campo credited the timely response prompted by the Early Warning System for minimising the number of victims and injuries, while President Juan Manuel Santos expressed his solidarity with the victims and ordered the Colombian disaster relief agency to take immediate action in the affected area.

Sections of Corinto are reportedly without power, though authorities expect electricity to be back on in those areas by the end of the day.

According to reports, continued rains caused an accumulation of rocks and fallen trees in a section of the river above the town. Yesterday, the build-up caused a bottleneck and a sudden rise in water levels. Floodwaters reached the town, carrying mud and debris and trapping residents. 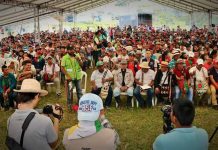 Further troubles on the Pan-American Highway