The mayoral elections will take place in October and there are already some familiar names being thrown around as possible candidates in Bogotá.

It’s election year again. This time for the nation’s mayors. And in Bogotá at least, the race for the vote on October 27 has already begun. June 27 is the official opening date for candidates to sign up, and then we’ll see a definitive list of candidates on August 4. Beleaguered Peñalosa can’t stand again, as consecutive terms are not allowed by law.

Here’s a rundown of some of the candidates who have already thrown their hats into the ring – with ten months to go till the vote there’ll be plenty more and plenty of ups and downs in what is already turning out to be an interesting campaign.

Hollman Morris – Announced his candidacy with the support of the Movimiento Alternativo Indígena y Social (MAIS). He was blocked from representing Petro’s Colombia Humana after the Concejo Nacional Electoral denied Colombia Humana electoral status. That’s probably the least of his problems right now after a claim of domestic violence made by his wife has left significant question marks hanging over his political career.

Centro Democrático’s announced the winner of the internal survey today, Ángela Garzón was chosen above Samuel Hoyos and Diego Molano. Garzón specialises in political and philosophical analysis. Daughter of ex-vice president Angelino Garzón. Her sister was murdered 18 years ago and the case was never resolved. For that reason, she works closely with women and children who have been victims of violence.

Claudia López – Former vice presidential candidate (under Petro) for Alianza Verde in the presidential elections and party favourite to run for mayor. Was one of the key promoters of the consulta anticorrupción.

Antonio Navarro Wolff – Is currently the only pre candidate for Alianza Verde, though he will be superseded by party favourite Claudia López if she decides to run.

Celio Nieves – Confirmed his pre candidacy recently for Polo Democrático recently after the party gave him the green light.

Jorge Rojas – Former civil servant in the Gustavo Petro administration who will likely run as an independent.

Carlos Fernando Galán – Resigned from Cambio Radical last year and since then has worked alongside his brother, Juan Manuel to revive the El Nuevo Liberalismo party. It was founded by their father, Luis Carlos Galán Sarmiento, but has suffered the same fate as Colombia Humana as its electoral status is not approved. 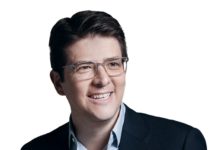 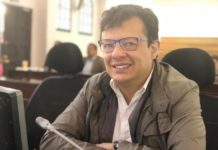