Home Entertainment Stand-up comedy in English: Are you having a laugh? 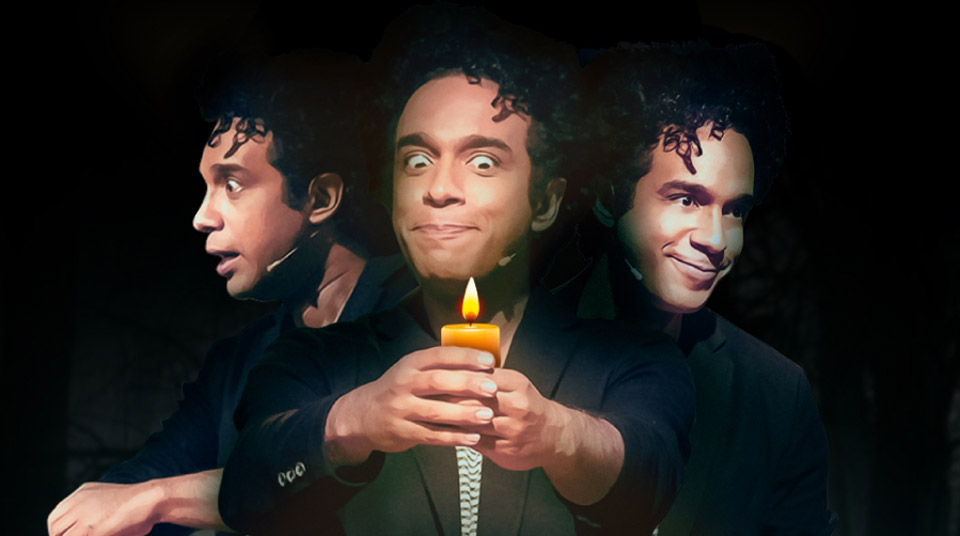 The Teatro Nacional Fanny Mikey has launched a brave new project: stand-up comedy in English. Colombian comic Julio Escallón, who headlined the opening gig, chats to us about what to expect.

Exuding an air of affability Julio Escallón measures his words carefully. “Stand-up comedy is a challenge,” he explains, “you create your own material, the atmosphere. You’re creating a play, in a way.”

The irrepressible comedian has performed here in Colombia many times, but also in the United States. The October 6 launch of Stand-up comedy in English at Teatro Nacional Fanny Mikey is, however, his first time in English in Colombia, and he’s really enthusiastic about the project. “It’s awesome that the National is taking this risk, in another language. We’ll do it again next year.”

Having performed in both countries and seen a lot of different performers, Julio shares his observations. “In Colombia you have to be like this,” he tells us as he mimes a level bar with his hands, “there’s a kind of bar that you have to be here, be like this. In America there’s a rainbow of styles.” In the show itself, a number of Colombian comics open for him, all with slightly different styles.

His style is interesting. I ask him for a joke but he squashes that with a smile. “A joke … I don’t do jokes. I could probably tell a joke, but my style is so far away from that format that you’d get me into trouble.”

A shock of hair and expressive eyes give him the appearance of Sideshow Bob made flesh and blood. He never stays still, bounding and bobbing across the stage in a constantly kinetic state. He weaves his stories into physical demonstrations, vividly bringing to life his travails in the morning or his hilarious story of a beach, some jellyfish and a bunch of costeños.

I wonder if he’s worried about the translation aspect. “Not really. My material is in Spanish, I focus on the universal concepts.” The show itself is called ‘Not Really Scared’. “In the show it deals with things that scare us in life. The fears, the things you have to face in life and the silliness, the absurdity of it. I try to remember the first thing that scared me in life.

“It was actually these religious paintings in my house. They were terrible. This painter was a friend of my mom, and the pictures were bloody. When you’re a kid, they tell you God is omnipresent and this picture is looking right at you. That’s scary, really scary.”

Jesus on the cross doesn’t bother me as much as the horrible little toddler Jesus. I ask Julio about this. “As a kid, the Jesus on the cross is scary, then as you grow up clowns become scarier … and babies become really scary, so the baby Jesus is bad,” he chuckles.

Related: Invitation to not really scared

Like most comedians, Escallón spends a lot of time studying comedy. He’s taken by Eddie Izzard, possibly because Izzard also performs in different languages. “The guy surprised me, he’s so interesting. It’s a challenge to move between languages … or … when I perform in English, it’s not a challenge exactly, it’s a thrill.”

I ask him about the differences between the languages. “The same joke causes laughter at different points of the joke,” he says, “I guess it’s because of the rhythm, melody and cadence. The language changes the beat of the joke.” There are lexical problems too, though, as when I ask about that he quickly answers. “Wordplay, you move away from wordplay because it doesn’t translate.”