IN THE Barista World Championships in Seattle, Colombian representative Diego Campos almost had the beans to make it through the tough qualification round, in which over 50 baristas representing every continent fought for just 12 spots in the semi-finals. The national champion, who trained in the coffee lab of Bogota’s Amor Perfecto, gave a good account of himself but in the end, he tied for the thirteenth spot with 541.5 points, missing out on the semifinal by only 3.5 points. Diego comments: “It was a shame that I didn’t make it, especially when I found out how close I was” – the scores were only announced after the final – “but I had a great week and I will work hard to come back on this stage”

The Bogotá Post was present at Diego’s final appearance in Colombia in Amor Perfecto’s coffee lab, where Diego gave a fluent presentation. In the championship, cappuccino, espresso, americano and a signature drink have to be presented to the four judges within the allotted 15 minutes. Whilst Diego showed he had the first three perfectly under control, the signature drink was just stunning. A layer of cold coffee with a bowl of homemade grapefruit ice as the base, a freshly made espresso on top of it to melt the grapefruit flavour into the drink. My coffee thirst was stilled but the sweet flavour stayed around for the rest of the day.

Colombian coffee has a great reputation – a variety of baristas in the world championship, including British finalist Maxwell Colonna-Dashwood, used Colombian-grown coffee for their presentation, but the country’s coffee culture is lagging far behind the quality of the product.

Diego explains: “The coffee culture in Colombia is starting to change thanks to the competitions and the baristas, the people here are starting to understand what good coffee is. Colombia comes from far behind and there is still a lot to come, but it’s starting to get better.

“And you notice that it is coming because there are a lot of young people who come to this lab to try things, the specific questions people have when they order a coffee are what give me the excitement to keep doing this.”

Diego ends with a tip for us coffee lovers who might dream of becoming baristas: “The trick is to get to know the coffee, to understand how the process of the coffee works from the moment you plant the bean all the way until you roast it and are able to make your coffee. When you understand that, you can really start to experiment with making coffee.”

After the thrill of the world championship Diego will now return to his day job as a barista, with no less determination to keep on making coffee and experimenting with it to improve the quality ever more. 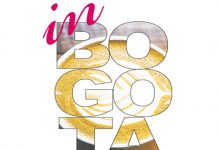 In Bogotá: top cafes in the city