Home In Bogotá One Young World coming to Bogotá

Young leaders from all over the world aged between 18 and 30 will arrive in Bogotá this week to take part in the One Young World summit. The summit will feature a wide variety of top speakers and activists such as Cher, Tawokkol Karman and DeRay Mckesson.

What is One Young World?

One Young World is a UK-based charity founded in 2009 by Kate Robertson and David Jones. The co-founders, who come from different backgrounds, had a mutual goal to bring the brightest young adults with leadership potential together from all over the world. The idea is that this annual event empowers participants to create positive global change as well as developing their individual potential.

The summit features numerous talks and debates about everything from how we can innovate the world out of poverty to how we can prevent corruption. Together the thousand-plus delegates will formulate innovative solutions for the pressing issues the world faces today.

At past summits, delegates were joined by a line up of councillors such as UN Women’s Goodwill Ambassador Emma Watson, current President of Canada Justin Trudeau, former secretary general of the UN Kofi Annan and many more.

How can I participate?

Since the conference is so soon, you may not be able to enter the Bogotá event. But do not worry – there are several possibilities for attending future summits: 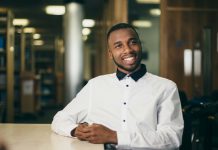 One Young World – Fighting back against exclusion 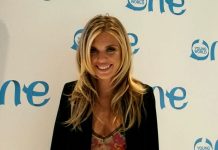 One Young World filled with hope and activism