But it wasn’t all good news for Transmilenio. The company increased fares by 100 pesos in October, causing widespread protests. The system is currently subject to almost daily protests over fares, which are felt to be too high, and an overcrowded, inconsistent ser- vice.

This year was also eventful for Bogota’s colectivo service. These buses are due to be taken over by the Sitp bus service, which is still running with empty buses, but with 14,000 busetas still on the road the switch over is set to take some time. On October 19, around 10,000 bus drivers went on strike against a suggested measure by Mayor Petro to extend pico y placa- which decrees which drivers can drive on which days- for these buses.

As for taxis, the yellow cabs were also protesting this year at the introduction of Uber, a luxury taxi service, to Colombia. The future of the service in the city is under threat as we end the year, as the yellow taxis’ threat of strike action has caused the Transportation Ministry to ban all smartphone applications that allow the hiring of cabs that aren’t registered.

Moving to two wheeled vehicles, cycling continued to grow in popularity in Bogota. This year, 7,500 children quit public transport to cycle to school and Ciclovia celebrated its 40th birthday.

The city’s planned subway system is more about building up Bogota as a ‘big, important city’ than it is about efficient mass transportation, Mike Ceaser argues…

Ex-Bogota Mayor Enrique Peñalosa questions its rationality. Legendary Brazilian mayor and urbanist Jaime Lerner calls it a thing of the past. And an official with Medellin’s subway tells Bogota it is digging its way toward disaster.

So, why are Bogota’s leaders fixated on building a subway system – the most expensive, trouble-prone and complex- to-build mass transit option? Here’s a hint: New York, Paris and London have subways. And Bogota wants to be a big, important city.

Don’t get me wrong, subways are great. They move lots of people quickly and efficiently, cruising smoothly below traffic jams and stoplights. But subways are obscenely expensive and slow to build, and construction causes huge trauma.

If Bogota was to start digging tomorrow, it probably wouldn’t have its first subway line working for another decade at least. And, by then the number of cars in Bogota will have more than doubled, making its already-overwhelming traffic jams apocalyptical. That single subway line will carry only perhaps 5 percent of Bogota’s commuters, while other more pressing transit projects will have been cancelled or postponed.

But Bogota wants to have a subway in order to be a big, important city. And, because subway construction is so expensive, it also means lots of gravy to ladle out to friendly contractors. Even with lots of financial juggling and even a subsidy from the national government, nobody knows how the city will pay for it – and the tumbling price of petroleum is making difficult finances almost impossible. 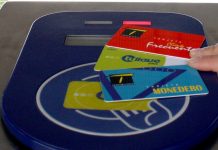 Who’s to blame for the TransMilenio fare hike?