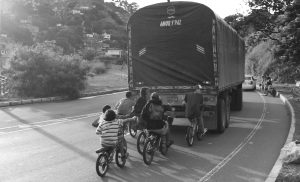 Everyone in Medellin has seen them. Kids as young as 8 attaching themselves to the back bumpers of trucks and buses and hitching a ride uphill along Medellin’s serpentine mountain passes. We talked to the children of barrio Robledo as they prepared to climb for the evening.

The bus from Exito Robledo to San Cristobal takes 25 minutes and costs 2,000 pesos. Like many of the uphill bus routes in Medellin, locals know to keep a safe distance from bigger vehicles when stopping as they routinely roll back down from hill starts. Some, however, choose not to keep their distance, instead, clutching on tightly to the backs of these buses or allowing themselves to be pulled along by a cord they’ve attached to the bumpers of trucks. They’re usually on modified bicycles and seldom have helmets. They age between 8 and old enough to know better. And when they’re at the top, they let go of everything and hurtle headfirst at full speed back down the mountain pass.

There’s no agreed upon term in the media for kids who make the same route every weekday evening. Some say they’re ‘going kamikaze’. Others refer to themselves as ‘descolgados’. The older ones prefer the official term ‘gravity bike’. The groups know themselves as belonging to different tribes, corresponding to the different hill roads in Medellin. There are groups that traverse the slopes of Las Palmas, Guarne, Santa Elena, Minas and Gravity 80. Those who speed down calle 62 towards Robledo go by the name of Azote Noroccidente. 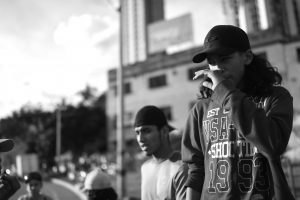 When Juan Andreas speeds down the hill the only thing that’s going through his mind is happiness. ‘Happiness.  That speed. To be in first place.’ he said.

‘Felicidad, velocidad’ were his exact words.

Along with his friend Miguel (pictured above), Juan Andreas rallies his group together and talks a big game for the first climb towards San Cristobal in the evening. It had just finished raining and the sun had emerged behind Calle 62. ‘There’re a lot of people honking at as but they don’t scare us.’ Juan Andreas said confidently, ‘we can still go up to 130km/h’. It takes them a matter of minutes to reach the bottom.

Like most of the other children, Juan Andreas bears the scars of his practice. The most prominent one runs along his righteyebrow and it’s the result of a truck braking on him as he was in ascent. ‘Most of the accidents happen when we go up because of buses and trucks braking on us.’ Juan Andreas claimed, adding that ‘they do it on purpose because they don’t want us here. We don’t like it when the buses brake on us. Nor when the taxis narc on us to the bus driver.’ The police aren’t any better, according to Juan Andres, ‘The cops use truncheons and taser us when we’re riding’. 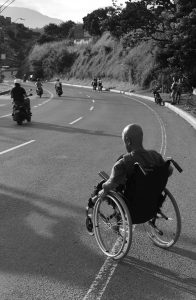 ‘Luis was born this way,’ Andres says, ‘that was no accident.’

Luis, at 21, is the oldest in the group. He is by default the tribal elder and dispenses wisdom even when no one has asked him for it. ‘There has to be a balance between the size of the wheels and the height of the bicycle. If the wheels are too big the bike is too slow. If they’re too small they’re too fast and they fall around curves.’ Luis said.

Being confined to a wheelchair for most of his life, Luis hasn’t let this stop him from joining in on occasion. He has less luck with buses than he does with trucks as the latter sometimes sneak him in as a passenger. It’s normal for large numbers of children to attach themselves to a single bus and race downhill and Luis has partaken in these as well. These races are often used to bet for parts they can then use on their bikes. Juan David (pictured below right) has had his bike modified to stay closest to the road. He’s won several times betting on everything from brakes to handlebars. 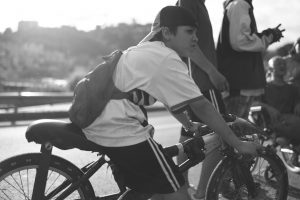 22 cyclists have died this year so far on the roads in Medellin. It is unclear how many of these 22 are accounted for among the children that descend the mountain passes without safety measures but there are enough to concern public officials into doing something about it. Just last month, a 16-year-old died when descending Avenida Las Palmas, a major arterial route connecting the international airport to the city.

When asked about the accidents that have occurred, the children we spoke to felt the dilemma of having parents worried for them and their love for the sport. All of them had fallen at some point in the last 2 years. The leader of the pack Carlito said “We’re not doing nothing wrong. This is called gravity bike and it comes from Indonesia. The legal way to do this is taking a bus and going down. But we can’t afford to take the bus every time.’

What really got to Carlito was how the members of the group were identified as gamines (pejorative for homeless). ‘We’re not gamines.’ Carlito said,  ‘We go to school, we study. And we’re waiting for the day we get paid for the sport.’ 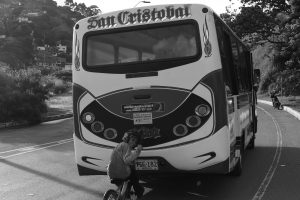 Kevin says he’s 12 years old. He’s fortunate enough not only to be charming but to have lived a charmed life as well. It is a law universal among all groups of children in Colombia that the tiniest is dubbed chinga. Kevin wasn’t aggrieved at being the group’s chinga. When he holds on to the back of the bus, with hood and cap firmly down flashing a thumbs up back at his friends, he’s capable of evading detection from even the most watchful bus drivers.

‘Venga venga chinga!’ His friends start to spur him on, whistling.

There are also laws about little ones like Kevin. They’re only allowed to ride while the sun’s out. Children older than 15 get to bike down during the night. 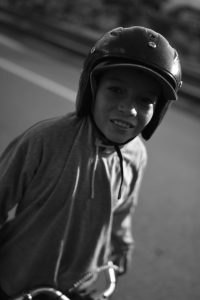 The increased calls for safety among children was among the primary reasons that Inder, an organisation dedicated to raising sports awareness among children in Medellin, decided to hold a rally beginning in the hills of Santa Elena dedicated to sports like gravity bike and box car driving, among others. Children participating in any of the events –box cars, gravity bikes etc. need to have their bikes and gear attested to before they can participate. The usual laws of the Azote Noroccidente don’t apply here either as the entire event is during the day. 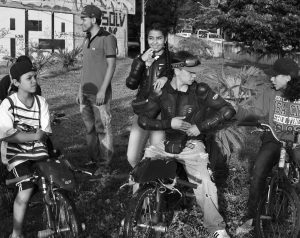 As the evening went on the group got larger. 10 became 20 and a boy and a girl arrived that looked out of place. They were bedecked with upper body protection and kept to themselves for the most part. When asked if other girls participated they said they had seen more and more of them joining, as well as kids with wealthier parents.

In contrast, the others reflected the poverty often associated with a barrio like Robledo. Young Anderson was the first to ask for money. Anderson is the kind of kid that has that rare ability to chew his nails and pick his nose at the same time. He showed the burns across his forearms that he had acquired once in an accident. He said the money would be for an ointment that would soothe the burns. When asked how much such a cream costs he begins to think really hard of a number. ‘10 mil’ he says, beaming. 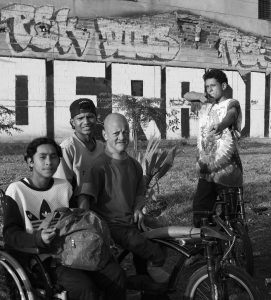 The others were even easier to appease. Their leader Carlito negotiated for a large bottle of soda from Exito Robledo to be shared among the group after the interview. They chose to wait outside, insisting that they weren’t allowed inside the supermarket. 10 minutes later they were gone. The soda could wait. Darkness was about to fall and there were some races to be won. 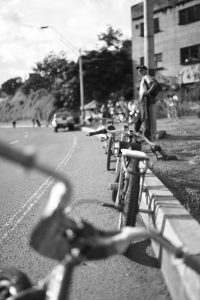 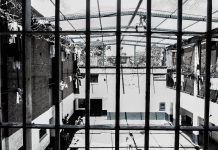 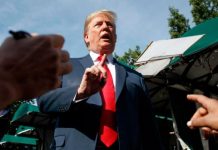 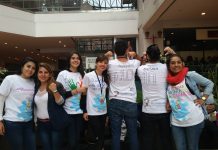