Landmark decision means women in Colombia can now terminate a pregnancy up to the 24th week.

A recent decision from the constitutional court will decriminalise abortion in Colombia. On February 21, the court voted that women could terminate their pregnancies until the 24th week in what Human Rights Watch described as a “milestone for the reproductive rights of women.”

The constitutional court voted five to four to decriminalise abortion in Colombia up to the 24th week of pregnancy. It makes Colombia one of the most progressive countries in the world in terms of its abortion legislation, but a lot depends on how the court’s ruling gets implemented.

There’s been a lot of debate about the decision to draw the line at 24 weeks. Campaigners point out that the majority of abortions take place a lot earlier, but emphasise that a longer timeframe protects those who need it most. For various reasons, women who seek abortions after the first trimester are often the poorest, most vulnerable, or have been victims of rape. The first newly legal abortion took place two days after the decision.

What drove the change?

Back in September 2020, a coalition of around 100 organisations called Causa Justa filed a lawsuit with the constitutional court. The suit argued that the rules on abortion were unconstitutional.

The group, made up of various organisations, argued that abortion should be a public health issue, not a criminal one. Causa Justa points out that criminalising abortion does little to stop the practice. Instead it drives women to seek clandestine abortions, endangering their health and putting them at risk of criminal prosecution.

It showed evidence that the rules unfairly persecuted already disadvantaged women. For example, Causa Justa showed that over the past 20 years:

The debate around abortion in Colombia is often polarised between two extremes: Those who believe women always have the right to choose and those who believe that life begins at conception. Causa Justa reframed the debate by focusing on human rights and inequality. Rather than trying to get Congress to support new legislation, the campaigners forced change by getting the constitutional court to rule the existing situation unconstitutional. The court has now urged Congress to act on its ruling.

Was abortion in Colombia illegal before?

The trouble is that many women, especially those in rural areas or from poor backgrounds can’t access legal abortions – even when they should be able to. There are issues of education, social stigma, and poor access to health services at play.

For example, according to figures from DANE, Colombia’s office of statistics, over 4,000 girls aged 10-14 became mothers in 2020. These girls should have qualified for legal abortions as the Colombian criminal code says pregnancies in this age range are the result of sexual violence. However, this does not apply in practice. El País says over 500 minors were prosecuted in Colombia for illegal abortions between 2005 and 2017.

The dangers of clandestine abortions

A lack of access to safe, affordable, and timely abortion care can pose risks to women’s mental and physical well-being. The World Health Organization says unsafe abortions cause about 5% – 13% of maternal deaths worldwide. Issues can include severe bleeding, infections, and blood pressure disorders. It estimates around 7 million women are hospitalised every year as a result of unsafe abortions.

Unsafe illegal abortion is not only a Colombian problem. According to the WHO, 45% of all abortions are unsafe, and 97% of these are performed in developing countries. The WHO says that a lack of safe access to abortions is a public health and human rights issue.

It’s sad to say, but Colombia’s rules can be progressive on paper, while the implementation is often patchy and much less progressive. One example is the way the existing abortion rules aren’t always applied in practice.

The constitutional court has urged Congress to formulate and implement a comprehensive public policy as soon as possible. It calls for various legislative and administrative measures. These include:

It will be important to watch what happens in Congress and how it now implements the constitutional court’s instructions. For sure, the recent decision is a big step forward, but education and implementation will be crucial if we’re to see real change.

How does abortion in Colombia compare with other countries?

The new ruling means Colombia is one of the most progressive countries in terms of its abortion legislation. Colombia joins Great Britain, Canada, and The Netherlands in allowing abortions up to 24 weeks. In ​​Great Britain, all pregnancies are assumed to affect the health of the mother, giving medical grounds to justify a termination. In the U.S. abortion laws depend on the individual state.

In Spain and Argentina, abortions are permitted up to 14 weeks. Germany allows terminations during the first trimester through an exemption. However, it has not yet changed an old law that means abortion is still technically illegal. Women in Uruguay can terminate a pregnancy in the first 12 weeks.

Other Latin American countries are also in the process of debating or introducing new legislation. Mexico’s Supreme Court ruled last year that it wasn’t constitutional for individual states to criminalise abortion, while Chile took the first step toward approving a bill that would allow abortion up to 14 weeks. 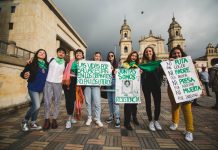 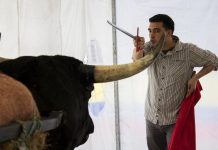 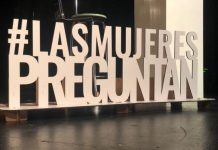 Abortion: Will Colombia see any changes under a new President?