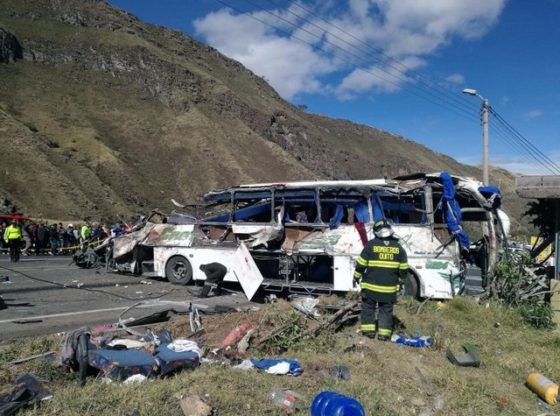 A recent bus crash in Ecuador that killed up to 19 Colombian nationals, as well as travelers from Venezuela and Ecuador, was discovered to be tied to drug traffickers who put 637 kilograms of marijuana below the vehicle.

The Colombian Prosecutor’s Office reported that it had arrested six members of Los Mercaderes de la Frontera (The Border Merchants) cartel in connection with the discovery of the large shipment of drugs. Authorities said the criminal organization operates mainly out of Tolima, Huila and Valle de Cauca and has started to reach into Ecuadorian and Chilean markets.

Prosecutors said the “narco bus” in Ecuador came from Cali and was intending to travel to Chile, where the drugs could be sold for three times their original value. Under the cover of being a supposed tourist bus, traffickers were able to manipulate authorities into thinking they were offering purely a tourism service.

Authorities from Ecuador later found the drugs in four inlets in the bus after initially reporting at the border that they could not find evidence of any narcotics when Colombian authorities sent a warning to the neighboring country.

One of the six members arrested was Juan Gabriel Céspedes González, who Colombian prosecutors said is a principal supplier well connected to traffickers in the Valle de Cauca.

According to third-party analysts Insight Crime, the “narco buses” benefit drug traffickers in Colombia by cutting out the middleman historically presented through paramilitary groups that dominate illicit industries in rural areas. As that site has repeatedly reported, production of cocaine in Colombia is at an all-time high.

*This article was originally published by our sister site Colombia Focus.