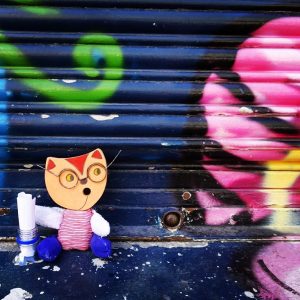 Have you noticed any of these playful poetic dolls hiding on the streets of Bogotá? Each one is clutching a tiny bottle of poetry and their creator, Andy Knowlton, calls them Drunken Poets. He says he wants to add a “little magic” to people’s days.

Andy told us that he started making the dolls – which are made from rubbish that he finds in the city ­– about six years ago while living in Seoul, South Korea. “I wanted to combine street art and poetry in a unique way, so the idea of making dolls just kind of popped into my head. I really enjoy making them and leaving them around different cities because they take people by surprise and kind of break up the monotony of daily routine.”

Colombia is his first stop in South America, where he’s been learning Spanish before heading to Ecuador on to other countries.

He says, “The response here has been great. I have made a couple of dolls here that are adorned in the colours of the Colombian flag with the intention of showing my love and respect for this beautiful country and its people.” 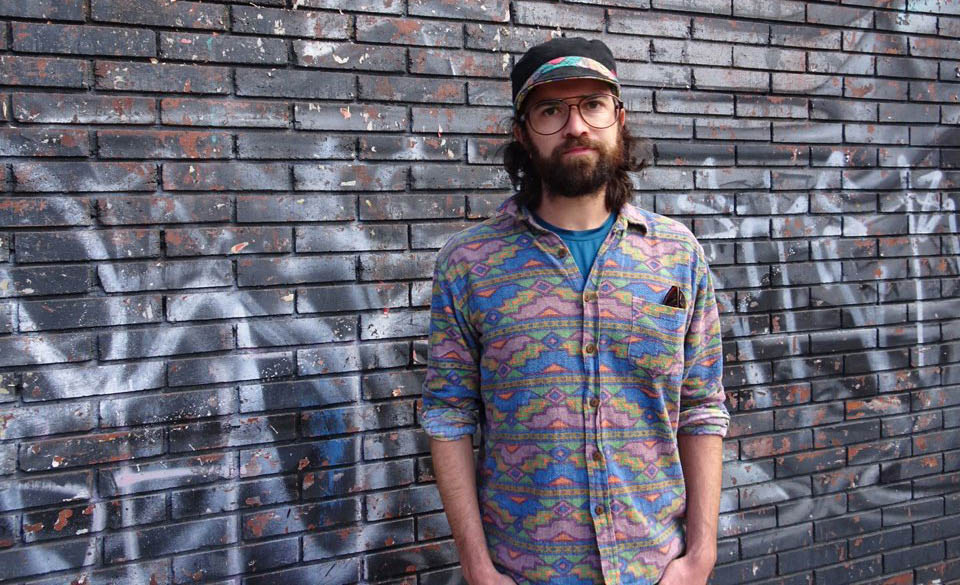 The playful poet describes himself as “endlessly curious” about the world says that he loves observing people.

Each doll is carrying a poem, most of which are Andy’s original works but some are his favourites from other authors. The artist tries to match the words to the ‘attitude’ of the doll.

Look out this new form of street art throughout the city – Andy says they are often in side-streets or alleys, and that he’s left them in Chapinero, La Candelaria, Usaquén, Zona Rosa and Parque Simon Bolívar among other places.

So, what should you do if you find one of his dolls? “Anyone who finds one of my dolls can keep it and do whatever they want with it, which makes me feel like I am sort of giving small gifts to complete strangers.”

Finally, we asked the poet – who has been translating the works into Spanish for the bogotano streets – the difficult question of picking his favourite word. Perhaps it’s not so surprising that the artist, who is taking his work to more and more countries, picked the word ‘crescendo’. 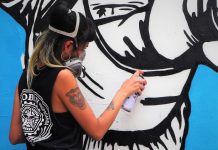