Embrace of the serpent, directed by Ciro Guerra of the César region, has become the first ever Colombian film to be nominated for a prestigious Oscar award.

On February 28, El abrazo del serpiente will feature in the 88th Academy Awards ceremony having earned a nomination in the category of best foreign language film.

In an interview with The Bogotá Post Guerra explained why he decided to make a film featuring in the Amazon. “I wanted to take a journey to the unknown!” he said in June.

“For a Colombian there is nothing more unknown than the Amazon – it’s half the country but we don’t know much about it. I wanted to search for new ideas.”

“In that process I discovered the journals of the first explorers in the Colombian Amazon and I thought they were fascinating, they gave me a story to work with.”

Interview with ‘Embrace of the serpent’ director Ciro Guerra 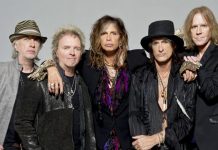 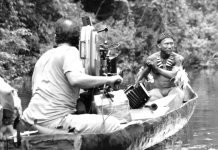