The Colombian entertainment news roundup of February with Bogotá to be seen in hollywood, MamBo for rent and Ciro y yo appears on the Colombian film festival in New York.

Oh, I would walk 22 miles (because the traffic’s been blocked)?

A little sprinkling of star-dust along with a large helping of traffic blockages came to Bogotá this month as filming began on Hollywood blockbuster Mile 22. Featuring Mark Wahlberg and Ronda Rousey, the film tells the story of a CIA agent who has to battle his way 22 miles out of Indonesia to his getaway plane. This is the first time Bogotá has been the filming location of a Hollywood blockbuster, complete with explosions and car chases.

Ripples shot through the Bogotá art crowd earlier this month, when ‘to rent’ signs appeared on the side of the MamBo, the capital’s main modern art museum. The immediate outcry on social media was tempered by the fact that Claudia Hakim, the director of the museum, confirmed that the sign was simply an attempt to draw attention to MamBo’s dire financial situation. Hakim estimates that the museum only covers 30% of its payroll and upkeep costs through ticket sales, with the rest provided by the Ministry of Culture. The lease signs mark the start of a new, perhaps last-ditch, campaign to save MamBo’s haemorrhaging finances – La Toma del MamBo – aiming to attract visitors who can ‘lease’ the gallery by buying a ticket. Nice trick, let’s see if rolos respond!

The sixth Colombian Film Festival in New York gets underway this month with the US debut of documentary Ciro & yo by Miguel Salazar. Offering the chance for New York’s Latin American communities to see cinema that usually stops shy of the border, the festival will also bring two of our favourite recent Colombian films, Amazona and Señorita María, to a wider audience.

US film company, Breaking Glass Pictures, have acquired the US rights to distribute Ivan D. Gaona’s Guilty Men (Pariente in Spanish), which swept the board at the recent Macondo National Film Awards – taking nine out of 16 categories. Now this cult Colombian film can spread to a wider audience, and maybe pick up a few more accolades along the way.

Tattoo artists and musicians come together again for Tattoo Music Fest, one of Colombia’s largest alternative festivals. Expect to see plenty of people walking around showing off their new tattoos. Ten points for every one that you can spot. (The prize is a free edition of The Bogotá Post next month, pick it up from the same place you found the last one!) 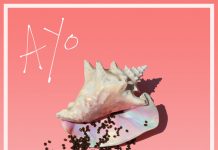