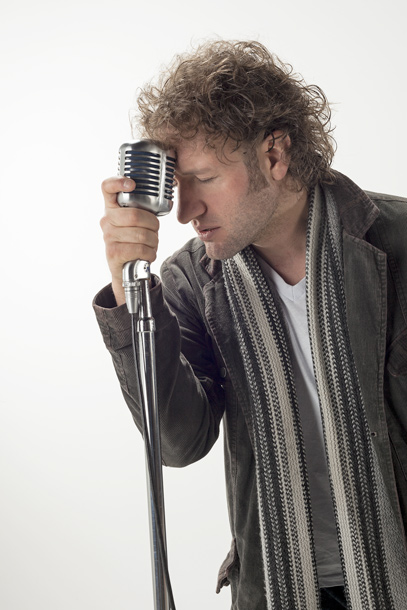 Charlotte Mackenzie talks to the man who describes himself as a Bogotano with Caribbean-Paisa blood – songwriter, producer and broadcaster Toño Restrepo – who tells her about his inspiration, his latest album, and the joys of making people dance

Bogota Post: Why did you decide to dedicate the album to Joe Arroyo?

Toño Restrepo: Joe Arroyo has been an important reference for my music ever since I was young. I was five years old when my parents started playing his music at Christmas time. It was wonderful music to me! The music produced something inside me. So, for that reason I wanted to make the dedication.Bogotá Post: Which other Colombian salsa artists inspire you in your work?

Toño Restrepo: Colombian artists such as Grupo Niche, Guayacán Orquesta, Checo Acosta, and Jairo Varela. I also like really early salsa music by Lucho Bermúdez and Pacho Galán, those are two important musical references for me.
Nowadays we have La 33 and Toño Barrio [see opposite], which is modern salsa.

BP: A lot of other salsa genres have grown here in Colombia, such as salsa choque, how do you think that has been received on the music market?

TR: I think it is well received; we need to expand our music. Salsa as well as other genres can be mixed with champeta and other styles of urban music. It’s part of globalisation. I mean, I don’t always listen to salsa choque on my ipod but it is fun to dance to!

BP: Do you think that your music will also be appreciated by the European and international market?

TR: I think that people in Europe love Latin music. People are looking to folklore and salsa from Latin America. It would be interesting to go and play in Europe, as people have a perfect understanding of our music, even if they can’t dance very well! It doesn’t matter to me as an artist, it’s the simple act of seeing people jumping and enjoying the Latin rhythms.

BP: What other projects do you have planned for this year?

TR: We are promoting the new album, and then we will start a tour here in Bogota before performing in Barranquilla, Medellin, Cartagena and Cali. We are also planning to perform in the US and Mexico, and we really want to tour in Europe. I will start recording a new album too.

BP: Will you be performing at Salsa al Parque?

TR: I would love to! I was a bit too late with the paperwork this year, so I am hoping to perform there next year. We will also be performing at La Carnaval de las Artes, part of Barranquilla’s Carnival, in February next year.