Home Books Get the best out of FILBo 2018 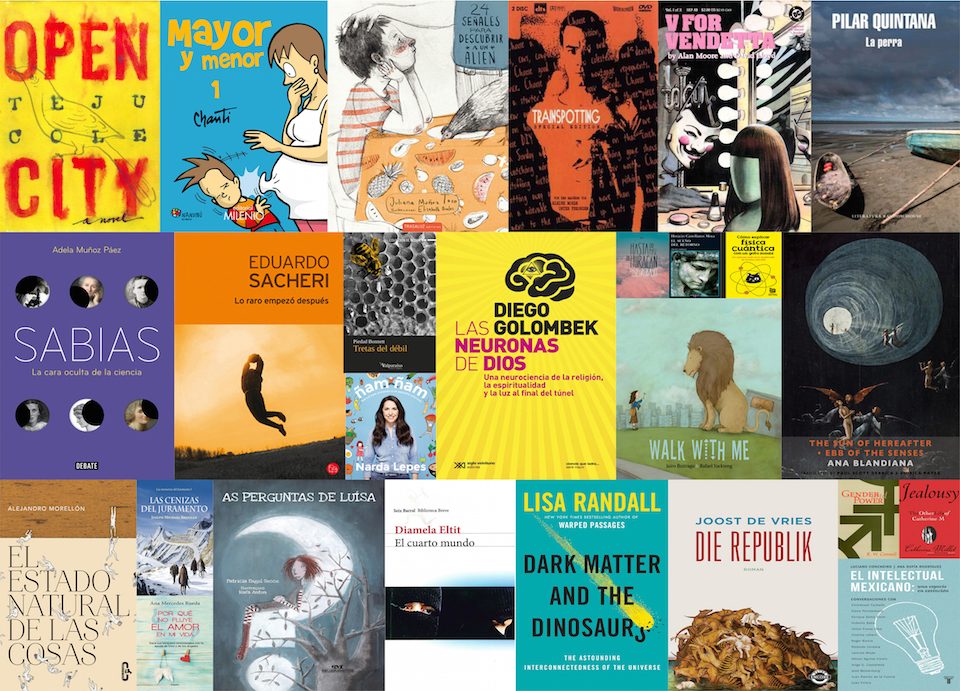 The country’s largest book fair is back again. More of a literary extravaganza, there’s all sorts of fun to be had at FILBo 2018.

How do you top a two-week fair that boasts over 1,500 events and reels in some of the biggest names in not just literature but also music, gastronomy, and thought from around the globe? That is the challenge that Sandra Pulido Urrea, Events Manager at Cámara Colombiana del Libro, and Andrés González Medina, Head of Projects at Corferias are tasked with this year at the 31st annual Feria del Libro de Bogotá. FILBo, as it’s affectionately known by its loyal attendees, is a multi-week festival that brings together visitors from all walks of life – domestically and internationally – to collectively bask in fifty shades of bibliophilia. Dubbing FILBo 2018 a “book fair,” however, would be a spectacular pigeonholing of something that’s so much more.

Each year, FILBo features a dizzying array of programs designed to appeal to visitors across spectrums of age, nationality, reading level, and just about any other identifier you can conjure up. The 2017 iteration, celebrating its 30th anniversary, was no exception. With a guest list featuring two Nobel laureates; 300 novelists; journalists; illustrators; graphic designers; academics; programmes ranging from book-inspired culinary masterclasses to the celebration of the 50th anniversary of Gabriel Garcia Marquez’ 100 Years of Solitude, the bar set for this year’s festival by its predecessor couldn’t be higher.

That fact is not lost on Pulido and González. “[Every year] is a challenge to make each event better than the last,” notes González. “Ever since last year, we’ve tried to make it so that every day offers something new – whether it’s an author or event – to raise the quality of the festival,” Pulido added. If this year’s lineup is any indication, it would appear that the folks behind FILBo have once again found a way to up the ante by presenting new and exciting offerings to attendees.

One way they’ve done this is through a gamut of new theme-specific offerings corresponding to different areas of the 50,000 meter2 Corferias convention centre. “What we wanted to do this year is marry different themes to different spaces. Given that we’ve got a new space this year, we wanted to continue that tradition by offering new activities and events,” said Urrea. To that end, this year’s FILBo festival grants its guests the experience of a number of never-before-seen spaces.

FILBo Science, for example, offers younger guests a dazzling array of science-themed workshops and interactive activities, which will take place in a domed building that will serve as a makeshift planetarium.

FILBo Illustration will offer visitors invigorated by visuals the opportunity to partake in a series of exhibitions led by a laundry list of luminaries in the world of illustration. During these programs, artists will put on live demonstrations by using specific words that convey emotion as a medium for their art.

Our goal with the theme is to marry the two sentiments. Often, there’s nothing more emotive than a book – which is something that conveys ideas. What we want to do is invite people to discover emotions through those ideas. – Sandra Pulido Urrea

Finally, for those that never actually read books yet jump at the opportunity to discuss the merits of such literature-inspired cinematic masterpieces as Gulliver’s Travels and The Cat in the Hat, FILBo Film will showcase a number of movies that have been adapted from successful books across a range of genres.

Also new to the festival this year is the distinctive business tone that the first week will take on in the form of FILBo Entrepreneurs. In this five-day conference, burgeoning business minds will gather and share their ideas specifically in the editorial realm. Those ideas will run the gamut with respect to different phases of the production chain – ranging from creation to commercialisation. “What we want to do is basically take the different ideas for a test-drive, which is to say: we’ll put the entrepreneurs through a boot camp, which is a training period, where the ideas will be vetted, but the entrepreneurs will gain experience and learn new and valuable skills,” says Urrea. On the final day of the “test-drive,” the conference’s 64 participants will pitch their ideas to a panel of judges who will award grants to 25 winners, 20 of whom will be Bogotá natives. Winning ideas will also be taken into consideration by FILBo staff for festivals in years to come, creating an exciting opportunity for entrepreneurs to leave a legacy through their ideas.

Another source of excitement in this year’s festival is Argentina’s presence as guest of honour, and literature presented through football as their theme. Housed in a replica football pitch replete with scores of literary works penned by writers and former athletes representing different sporting perspectives, Argentina’s pavilion will mimic a writer’s game of football. Authors representing Millonarios, Santa Fe, Nacional, and untold Argentine clubs will come together with the goal of reaching out to guests that might otherwise shy away from literature as an entertainment resource.

More than a feeling

“Above all, those who come and check out the fair will notice the theme of emotions,” says Pulido. “There’s nothing more emotive than football, and we believe that through this brand of literature, we can convert a lot of our visitors – a lot of the public – into avid readers.”

That theme of emotions Pulido refers to runs much deeper than football, though. Feel the Ideas, the theme of this year’s festival is meant to serve as a bridge connecting the oft-straight-laced nature of ideas stemming from works of literature to the emotions that those works can evoke. “Often, people will say it has to be either one or the other – that feelings and thoughts are mutually exclusive,” she notes. “Our goal with the theme is to marry the two sentiments. Often, there’s nothing more emotive than a book – which is something that conveys ideas. What we want to do is invite people to discover emotions through those ideas.”

For FILBo-goers looking to feel the ideas, perhaps the best approach is to simply get out there and see as much as possible. With the fair open from 10am to 8pm daily, this year’s itinerary features over 1,600 events, including three more book signings than last year’s festival. “ I think that what attendees will find is that it’s truly a diverse space filled with a wide variety of authors, subject matter, and all sorts of things that may be of interest to them,” says Andrés González.

Though that might be overwhelming to some, Sandra Pulido suggests that there’s an easy way to stay on top of everything the fair has to offer. “If you have specific interest, look at the schedule, find the events that correspond to your interests, and make a point to attend those events,” she says. “If you’re completely new to this and don’t have any particular interests though, get there early, grab an itinerary, and just highlight the stuff that looks cool to you. Worst case, just walk around and let the festival surprise you.”