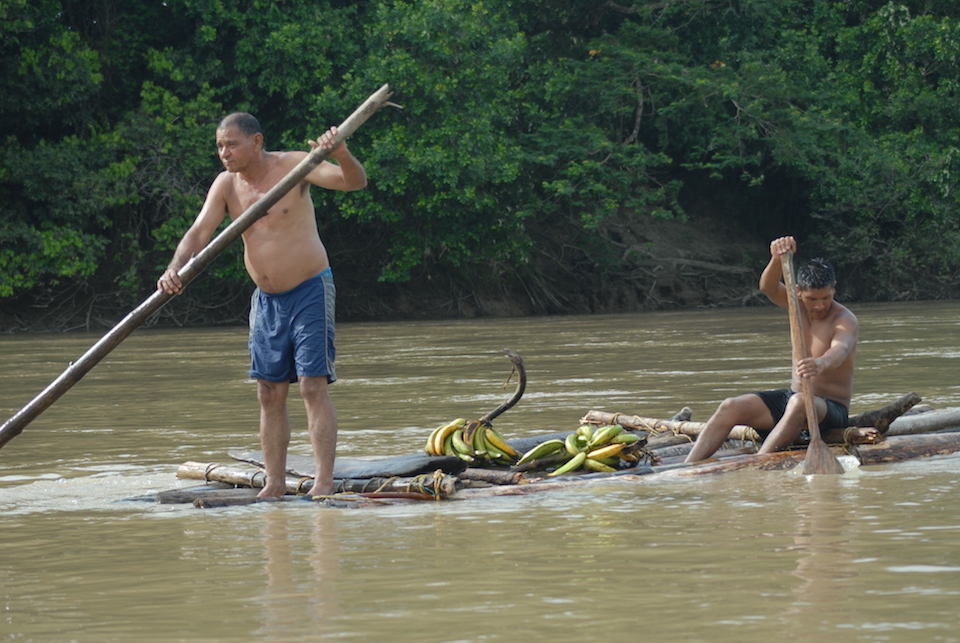 In Ciro & yo, Colombian director Miguel Salazar tells the story of his relationship with Ciro, a survivor of the violence that has plagued their country. The film opened in cinemas last week.

Two men, father and son, cut down a tree to build a rough raft and sail down the Caño Cristales river, one of the most beautiful rivers in Colombia and, probably, the world. This is the image that Colombian film director Miguel Salazar uses to close the story of Ciro, a survivor, who – like millions of his countrymen – has spent his whole life running from the violence that has plagued the country.

Salazar tells us how he met Ciro almost twenty years ago when he went to the mountains of the Serranía de la Macarena, at the time a red zone controlled by the FARC, to take panoramic photos for a book of Colombia’s most beautiful landscapes. The death of Ciro’s son, John, who drowned in an accident at one of Caño Cristales’s water holes, marked a sad beginning to a long friendship between the young photographer and the ranger.

It is this relationship that gave the documentary its name, but as Salazar is more a reliable witness and narrator of Ciro’s story, “Ciro and Esneider” might have been more appropriate. It is actually through the memories of this man and his youngest son, the sole survivors of their family after twenty years of war and affliction, that Salazar creates a picture of Colombia’s long history of violence. If the tale of the father speaks of the origins of the conflict in the so-called period of La Violencia (a civil war between liberals and conservatives, which started in the late 1940s), the tale of the son is about the final years of this conflict, which the peace deal between the government and the FARC strives to end, and the hopes that arise in the fragile post-conflict era.

“All groups have hurt me,” says Ciro, referring to the multiple armed groups involved in the conflict; the guerrillas, the army and the paramilitary groups, among others. It becomes evident that there was no such thing as good guys and bad guys. Esneider’s older brother, Elkin, affectionately called “Memin” after a cartoon character, is recruited first at the age of thirteen by the FARC forces, among hundreds of other boys and girls, when the guerrilla group takes control of the demilitarised zone declared as part of the peace talks in 1998. Later, after defecting from the guerilla, Elkin becomes an informant for the police and the army, and then he is delivered to the paramilitary forces to help them take control of the area where he was born. His story shows how many of the rebel and paramilitary fighters fought by the Colombian police and army were unfortunate young campesinos who randomly fell into the hands of one or other of these groups.

Currently, the Colombian government is struggling to consolidate the commitments made with the FARC and a there’s a strong political force looking to tear this peace agreement to pieces. Salazar’s film acts as a key document to better understand what this long war has meant for millions of Colombian families.