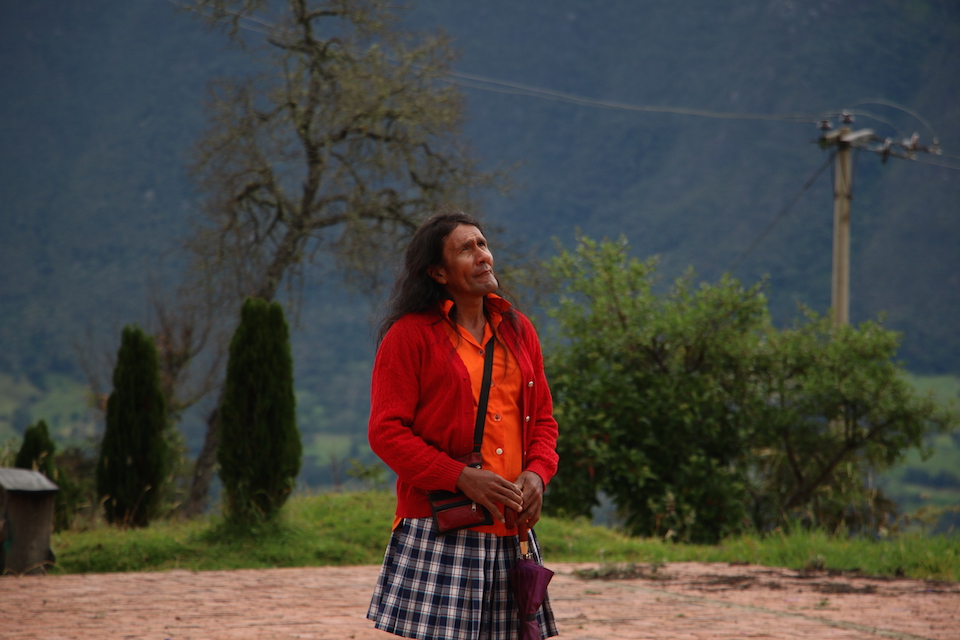 Submerged in the eastern arm of the Colombian Andes there’s Boavita, a small village in Boyacá where time and space seem frozen between the campesino life and a deeply rooted catholic faith. In the outskirts of the town lives Señorita María, a forty-something-year-old woman who was born a male, but at age 18 she chose a new name for herself and decided to express her repressed femininity.

With immense tenderness and overwhelming faith, Señorita María stays genuine and true to her essence in her daily life. Between the early morning and her farming tasks, María Luisa puts on her skirts and wanders around the fields, milking cows and chopping wood, embracing her reality as a transgender campesina, while reminiscing about her own story and gradually starting to face a secret that she’s tried to ignore all of her life.

María opens the doors of her house and soul to let a camera capture her life, narrating experiences she had never dared to mention, from her lonely upbringing to a shocking revelation about her family history. She also pours out her heart about her dreams of being loved and somehow becoming a mother by the grace of God. The viewer will eventually discover the truth through her own voice and tears as she ends up confronting some of her own demons.

The fast-paced opening sequence takes the audience on a high speed trip on a Boyacá road with folk music by Boavita’s Youth Orchestra playing in the background. The song is a sort of danzón that infuses force to the beginning of the story before it suddenly stops to be followed by the loneliness, calm and resilience of the protagonist.

With impeccable directing that highlights the Andean landscapes and the natural sounds of the countryside, Rubén Mendoza’s latest feature film captures the isolation of the mountain and masterfully uses silence and the power of the voice to make a connection with the intensity of the main character, as shy as she is jovial and as humble as she is dignified. 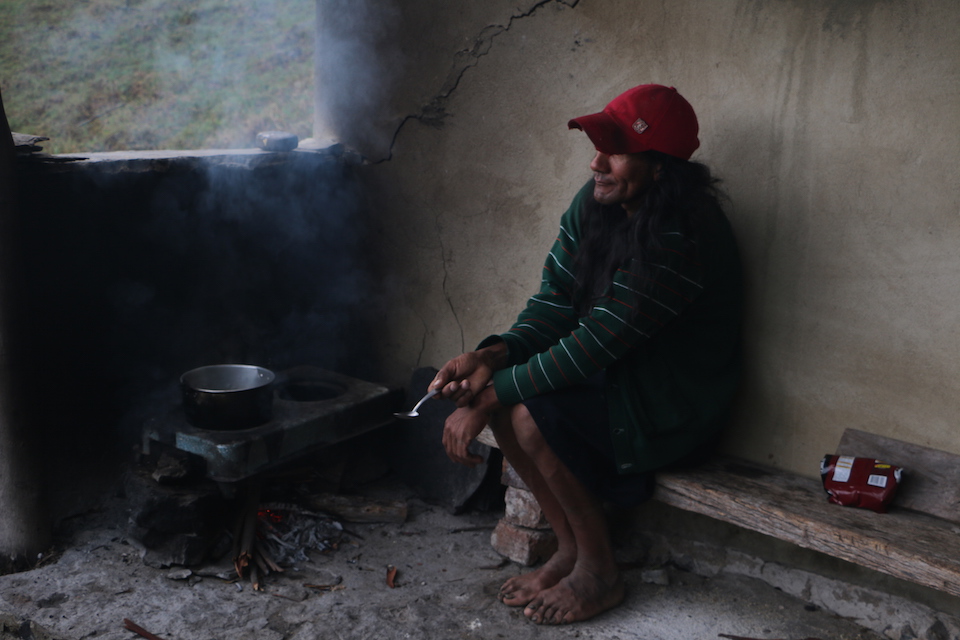 It would have been easy for the director to bring us a story of transphobia and bullying, and a protagonist portrayed as a victim who can’t escape a society that condemns her. Thankfully, the film subverts this expectation by portraying a woman who has surely been discriminated against but has managed to lead an average life with the help of a few empathetic neighbours. While they don’t know much about gender dysphoria or the chemistry and biology behind her nature, these campesinos accept her for who she is and are able to see the nobleness and honesty she embodies. “Sometimes they make fun of him. I tell him not to let them bring him down, to keep being himself,” we hear Mrs Tránsito, María’s neighbour and caregiver explain.

This movie is not about feeling pity. It intends to inspire the viewer to reconnect with their own spirituality and their own worldview. All of this is expressed through María and her way of resisting and persevering, holding onto her faith in God and the Virgen de la Estrella, the town’s patron saint.

Pure faith is the sentiment that keeps her alive. Even though she acknowledges and suffers her solitude, she doesn’t seem to mind if some people don’t accept her. She’s content with the love of God, which she sees represented in her very few friends: including a neighbour with whom she shares breakfast everyday and a man who employs her for being a good worker.

Perhaps this is one of the most straightforward reflexions of the movie. Many people, in their quest to avoid vulnerability and a never-ending pursuit of annulling their spirituality in favour of rationality often underestimate the power that lies in the concept of a God for people like María. To her, as well as many others, it is faith that helps them endure harsh realities, find peace of mind and even thrive. That faith both sustains and is sustained by the existence of said God. “Let them mock me and harass me, I don’t take offense in it. They don’t offend me, they offend my God,” says María. And at another point, “To my God, everyone is equal.” 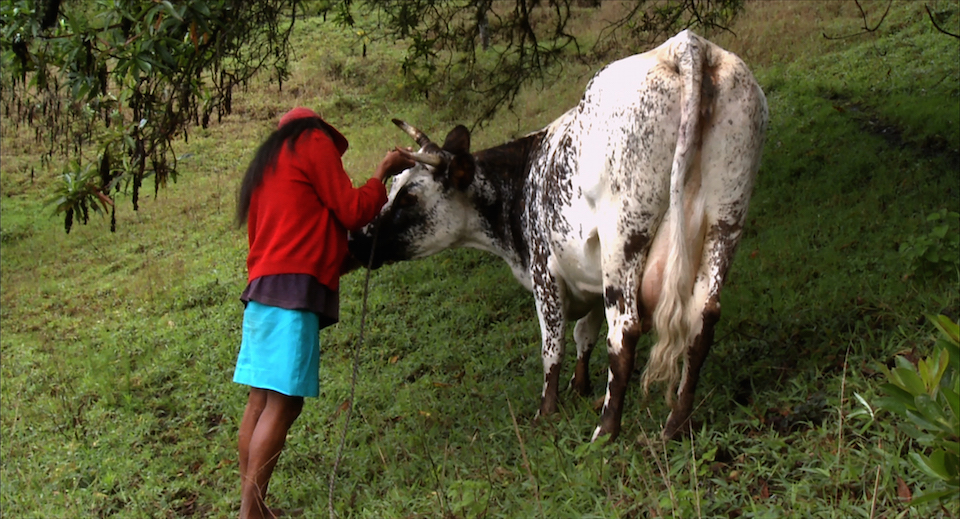 After a riveting journey through the topography of her grandfather’s hometown in this atypical story, the director makes sure that the audience leaves the theatre completely disarmed, feeling an array of emotions that are often stifled by the noise of the urban life.

Is this documentary film worth your while? Absolutely. Not only does it introduce you to a captivating character that manages to blend in with the landscape despite being considered unnatural by some, it also constitutes an uplifting study on authenticity and the power of the human will.

Señorita María, la falda de la montaña opens in cinemas on November 23 after a global journey through some of the world’s top film festivals, where it garnered noteworthy accolades such as the best documentary award in the Amiens International Film Festival, in France, and a best director distinction in Locarno, Switzerland.