We caught up with Idartes’ Mauricio Galeano to find out about their plans for reactivating theatre and dance in the city.

If you’re running out of ways to keep the kids entertained at home, check out tonight’s streaming of 31 minutes, ‘Yo nunca vi televisión’. The puppet show brought more than 4,500 people to Bogotá’s Teatro Jorge Eliécer Gaitán last year, and you can stream it — potentially even to your television — for the next five days.

The world premiere of the popular humorous show will cover the launch of a giant pizza into outer space. Tickets cost COP$31,000. It’s part of what Mauricio Galeano, Idartes’ deputy director of cultural facilities, describes as phase three of Idartes’ pandemic activity — ticketed shows that they hope will help to reactivate the sector economically.

Galeano started by assuring us that, “In 2020, the public venues of Idartes — Teatro Gaitán, Teatro Media Torta, Teatro el Parque and the Bogotá Planetarium — haven’t stopped their activity.”

Throughout the pandemic, they’ve continued with a program of “home edition” which you can find on Idartes’ website and social media. “Up to now, we’ve had nearly 122 artistic groups, from theatre to dance and music, and more than 97 events,” Galeano said.

Idartes has even created a project for people who don’t have internet access called “Cuéntame al oído”. People who sign up get a phone call during which a narrator reads stories or poems aloud. Between 2,000 and 2,500 people have enjoyed these connections, which have been particularly valuable at a time when so much is internet-based.

There are also science capsules from the planetarium, as well as open source content to help artists engage more with digital creation.

It’s fair to say this Christmas is not going to be a normal one, as families try to incorporate social distancing into their traditions. It’s worth watching out for some of the cultural events.

“Through this process of reactivation and reinvention, Christmas becomes a very important moment,” Galeano tells us. There are over 1,200 events planned across the city, with parties on December 24 and 31.

The great thing about digital content is that you can watch it at your convenience. For example, if you haven’t yet seen Burning Caravan, you’ll find musicians from France, Chile, and Colombia performing on stage and connecting virtually. Tickets cost COP$25,000 and it will be available throughout December.

Another performance Galeano mentioned is Camilo, a show about the insurgent and intellectual rebel Camilo Torres. You can watch Teatro La Candelaria’s hour-and-a-half show online for free.

With exciting programming already lined up for the first part of 2021, Galeano is also looking forward to the gradual reopening of venues. 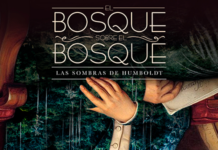 Singing Humboldt’s praises in Bogotá: a musical based on his life 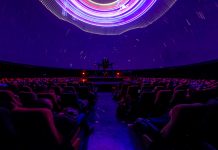