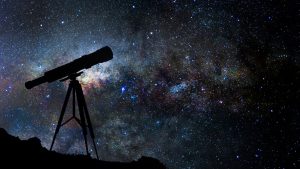 On 21st of November Universidad Nacional officially launched Colombia’s first ever Phd course in astronomy as Colombia begins to rediscover a crucial part of its scientific history.

Colombia has extensive history with regards to astronomy which dates back to 1783 when The king of Spain requested his advisors to build a cartography to gain better knowledge of the colonized land that is today occupied by Colombia.

In the 19th century Jose Celestino Munos along with Francisco Jose managed to construct an astronomical observatory in the Santa Fe area in Bogota.

In fact, the observatory is the first of its kind on the continent and, along with the Planetarium in Medellin’s Parque Explora, has inspired generations of budding astrophysicist who, for the first time, can aim for the stars in their very own backyard. The institution also produced some of the most famous astronomers in the 19th century such as Jose Maria Gonzales Benito and Julio Garavito Armero.

Due to regional conflicts, by the 90’s, Colombia had fallen behind other Latin American countries like Mexico, Brazil and Argentina who took the discipline more seriously and there were very few professionals that specialized in astronomy related sciences in Colombia.

The turning point for Colombia came 20 years ago when more and more people in the country started to become interested in Astronomy and, to satisfy the newly arisen demand, Universidad de Antioquia and the National University started to offer education in the subject with Universidad de Antioquia now offering an undergraduate course and Universidad Nacional already offering a specialization and master’s for some time before launching the new Phd program, the first of its kind in the country.

The main candidates for the newly released eight semester Phd program will be physicists, astronomers and professionals with relevant training in physics and astronomy.

Celestial mechanics, stellar astrophysics and solar physics, among many others, are topics that will be covered as part of the institution’s inter-disciplinary capacity.

The PhD course is part of a greater objective to improve the country’s knowledge in astronomy, boost technological advancement and reestablish Colombia as the worlds global leader in the field of Astronomy.