Laura Sharkey speaks to Oliver Wack, senior analyst at Control Risks global risk consultancy, to discuss some of the biggest investment risks and some ways to mitigate them 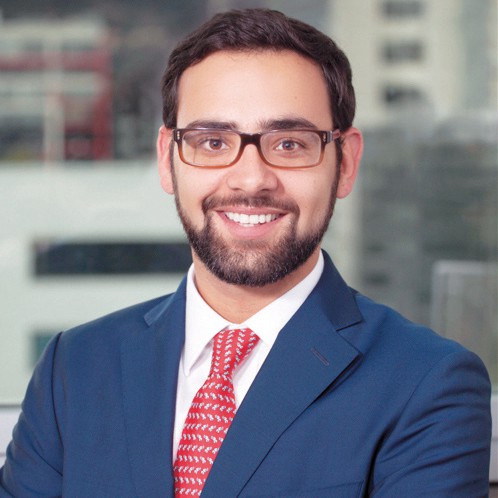 According to the World Bank’s ‘Doing Business 2015’ report, Colombia ranks 34th out of 189 countries, and the best in Latin America for ease of doing business. There is no doubt that opportunities for the first-time investor in Colombia are abundant.

However, potential investors should ensure they fully understand the operating environment, as not doing so could lead to disastrous consequences.

For Oliver, relying on preconceived judgements of Colombia can be a first pitfall. He says, “Some people come to Colombia with an image of a country that does not reflect reality.”

He identifies two extremes; First, there are those who expect to find the bad old days of Pablo Escobar, filled with drugs and violence. On the other side, there are those who believe former President Álvaro Uribe’s hardline security approach has led to such an improvement in security that they are shocked to find that some parts of the country are still involved in armed conflict.

Within these two extremes lies another of the main pitfalls: considering security as the only factor which may threaten an investment.

It is true that in the 1990s the security situation may have been the primary deterrent for a first time investor; these days are different. While it remains important, it is no longer the sole focus; a shift has taken place to also give weight to other threat categories, such as social risks.

In fact, Wack believes that some of the biggest threats to first time investors today are related to the country’s regulatory and political framework. He stresses that these have always been an issue, but they have come to the fore as the security situation has improved.

Businesses now function in a sophisticated and complex investment environment. For example, they have to contend with a complex tax framework which has seen seven changes in 12 years. These moves do not help generate an environment of stability which encourages investors.

Putting aside regulatory issues, we should also consider political threats. Some first-time investors believe that the country’s long held democratic stability translates into lower levels of political threat. It is true that Colombia is one of the only Latin American countries not to have experienced a dictatorship and the economic growth rates are consistent, but for Wack, you have to make the distinction between a politically stable country and a stable investment environment.

Companies which have not anticipated this threat have then been surprised to come up against political uncertainty over investment decisions. For example, there are times when the Council of State has stepped into the operating environment and delayed projects. An example of this are the multiple delays to the sale of power generator Isagen, which was most recently placed on hold until August 3, pending an appeal. These types of decisions generate further uncertainty in the business environment.

I ask if ‘competitiveness’ is an appropriate buzz word for Colombia and Wack does not disagree. Yes, he says, there are some fantastic opportunities here, but we must not forget that other countries in the region provide some extremely interesting investment opportunities as well. If you throw in the challenges presented by the complexities of the regulatory environment, there are certain dynamics in which Colombia can appear less competitive than some of its regional neighbours.

How can some of the pitfalls mentioned be overcome? Crucially, Wack recommends thoroughly researching the country, if necessary employing a professional, and taking time to understand some of the more complex dynamics before making investment decisions. This will vary by sector and location, and the important thing is not to take the country as a homogenous entity. It is an extremely diverse environment – all of Colombia’s 32 departments have different cultures, attitudes and approaches to business. This is particularly the case for projects outside of urban areas, especially when local dynamics are going to form a key piece of the business puzzle.

Companies should also ensure that they have the right stakeholder management policies in place, and be aware that these may be different according to where they would like to set up – as both local and national reputations are crucial for establishing success as a first-time investor.

One word has come up consistently with Wack: opportunity. There is undoubtedly a world of opportunity for a new investor to Colombia, and the present moment is a fantastic time to seize this. But new investors must arm themselves with ways of navigating the regulatory, political and country level dynamics in order to create the best possibility of turning those opportunities into real success.

Part two of this series will focus on how the peace process affects potential investors and what likely outcomes of the peace talks will mean for future investors.