The long-awaited visit of Pope Francis will encompass four cities and promises to touch the lives of millions of faithful.

Pope Francis is set to visit Colombia next month on a four-day tour which will take him to Bogotá, Villavicencio, Medellín and Cartagena. He will fly into the capital on September 6 and return to Rome from the coast on the 11th.

The highly anticipated trip marks the first time a pontiff has visited the country in 31 years. The importance of the event is highlighted by the Pope’s decision to visit Colombia exclusively, as his tours usually take in several countries.

Vatican envoy Ettore Balestrero said, “It is rare that the Pope visits only one country and especially that he stops there for four days. This shows the importance that Francisco attributes to this trip and, ultimately, to Colombia.”

Balestrero continued: “The Pope wants to come to meet with Colombians, he’s coming for those who are in the cities and in the countryside and who have a different culture and needs; for the rich and the poor, for the young and the elderly.”

The possibility of the visit was first mooted in April 2015, tied to a positive outcome of the peace process, but the exact dates were not set until March this year.

“To have the Pope among us for four days, and know that he’s coming exclusively to give a voice of encouragement and faith to Colombians is a privilege that fills us with gratitude,” said President Juan Manuel Santos when he announced the details of the visit.

According to the Vatican, he will arrive in Bogotá at 4.30pm on September 6 and there will be a welcome ceremony at the airport. He is staying in Teusaquillo’s Apostolic Nunciature (like an embassy for the Holy See) and an outfitted white Chevrolet Popemobile has been unveiled for him to travel in.

The country’s vice president, General Óscar Naranjo, is in charge of coordinating the visit from the government’s side. He announced that the government had allocated COP$28 billion for the event, which would go towards security and logistics in each of the four cities he’ll visit, as well as television coverage.

He is set to spend Thursday, September 7 in the capital where his packed schedule includes a visit to the president at the Casa de Nariño, meeting bishops, and a blessing of the faithful in the Cardinal’s Palace. He’ll finish with a holy mass in Parque Simón Bolívar that is expected to max out the park’s capacity of 550,000 people.

To accommodate the huge numbers of people and high levels of security, parts of the city will be shut down, with road closures in place across Bogotá.

An economic analysis of the impact of the visit predicts it could improve consumer confidence, thus boosting the economy in an otherwise sluggish economy. ANIF, Colombia’s centre for economic studies, compares it to mega events like the Super Bowl in the US suggesting that the expenditure can be recouped in revenue from tourism, transport and media sectors.

Dinero also estimates that Bogotá will be filled to capacity – with hotel occupancy set to increase by 85% as around 700,000 people from across the country flock to the capital.

The 80-year-old pope is the first Latin American to lead the Roman Catholic Church. Born Jorge Mario Bergoglio, the Argentine chose Francis as his papal name when he began his papacy in March 2013.

Pope Francis, who first visited Colombia as a 33-year-old, was an active advocate for peace during the four years of negotiations with the FARC. While he did not meet the negotiation teams in Havana during his 2015 visit to Cuba, he took the opportunity to push the two sides to make progress. “We do not have the right to allow ourselves yet another failure,” he said. In December 2016, the Pope held a private meeting with Santos and senator Álvaro Uribe at the Vatican to try to reconcile the differences between the two men regarding the peace agreement.

The themes of peace and reconciliation are likely to be central during his stay. As Vatican Secretary of State Cardinal Pietro Parolin explained, “The Holy Father, as he has said, hopes to visit Colombia and help Colombians to consolidate the paths of peace that have been proposed and of reconciliation.”

Indeed, Colombian bishops appealed for a joint ceasefire to be signed with the ELN prior to the pontiff’s arrival. Formal negotiations with the guerilla group began in Quito in February and there was hope that the trip could herald a three month bilateral ceasefire.

“He has been a person who has helped us and supported us from day one,” said Santos. “Whenever he can, wherever he is, from any part of the world, the Pope sends a message to Colombia so that we can find peace.”

The Pope in numbers

75% – An estimated 75% of Colombians are Catholic, and various sources put Colombia as the country with the seventh highest Catholic population. There are an estimated 1.2 billion Roman Catholics in the world and about 40% of them are in Latin America.

7 countries: This will be the seventh Latin American country the Argentinian Pope Francis has visited. Previously, the pontiff made trips to Bolivia, Brazil, Cuba, Ecuador, Mexico and Paraguay.

Other than a seven-day trip to Brazil in 2013 – which was his only trip of the year – he hasn’t visited a Latin American country without hopping to another in the same tour. 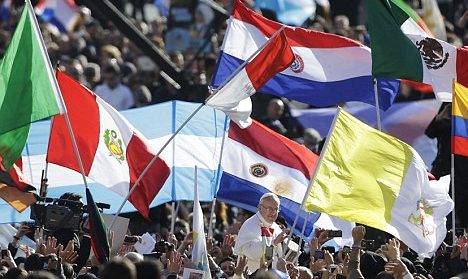 3 Popes: Pope Francis will be the third pope to have visited Colombia. The first was Pope Paul VI in 1968 (received by then-president Carlos Alberto Lleras Restrepo). Pope John Paul II was the second when he visited ten cities during a Latin American tour in 1986 and was received by former president Belisario Betancur Cuartas.

50 engineers: Some 50 engineers have spent two and a half months working on the three Chevrolet vehicles Pope Francis is to use during his stay. The popemobiles have been specially designed according to the Vatican’s request with tempered glass cubicles so that the Pope can get as close as possible to his followers during the trip. 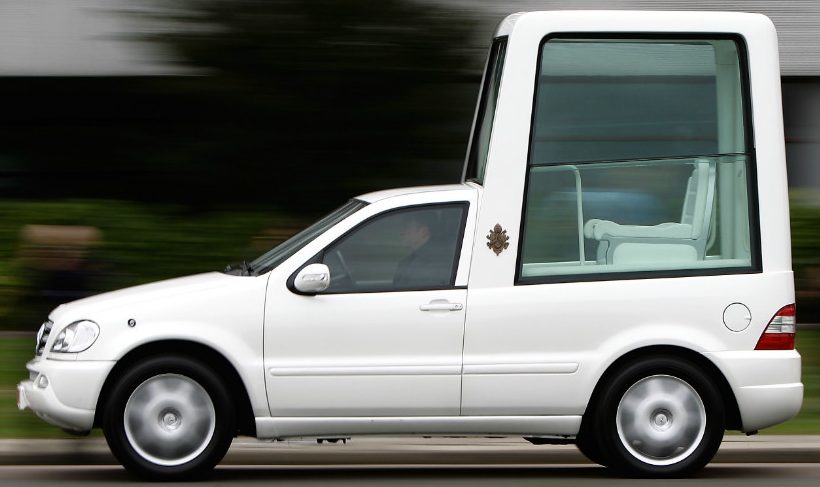 550,000 people: The Bishop of Bogotá, Luis Manuel Alí, told Caracol Radio last month that he expected two million people to participate in the pontiff’s activities in the capital. He explained that free tickets could be obtained in advance for the September 7 mass in Simón Bolívar Park, but that places were limited to 550,000. There will be screens and zones outside of the park for those who aren’t lucky enough to get close to the man himself. 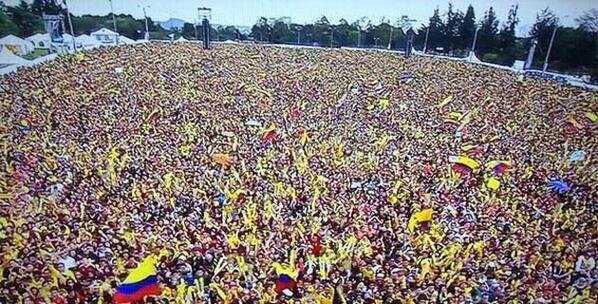 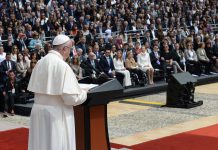