How did a literary festival from a small Welsh town end up fluttering its pages in Colombia? Ana Maria Parra Carvalho recaps some of the highlights from this year’s Hay Festival Cartagena.

In 2005, Panamanian writer Carlos Fuentes told the organisers of the Hay Festival Cartagena – which has been taking place in the small Welsh town of Hay-on-Wye since 1988 – that if they wanted Gabriel García Márquez to take part, they would have to put on a festival in Cartagena. So that very same year, the Hay Festival made its first appearance in the Enchanted City.

For the past 10 years, the magic of the Caribbean and of the power of words have been the essence of this festival, which brings people together to share ideas, their literary tastes and their love for music and art. Each year, in various venues inside the Walled City, literature acts as a reason for people to discuss any topic, from politics to football, to hear a variety of singers and musical genres and to enjoy talks from renowned authors and artists, mojito-in-hand.

The tenth version to take place in Cartagena, from January 29 to February 1, gave visitors the opportunity to see authors from all over the world, including Mexico, Brazil, Colombia, Spain, the UK, the USA, South Africa and Finland. The talks ranged from discussions of their work to the creative process or simply opinions on literary genres or current affairs.

Just as there are rock stars, there are authors, artists or topics that pull in a crowd and are considered the biggest box-office draws.

Marquez always receives special attention at Hay Festival Cartagena, and his death last April meant that this year was certainly no different. As part of the Retratos De Gabo series of talks, journalists Darío Arizmendi, Xavi Ayén and Silvana Paternostro used photos, anecdotes and individual experiences to bring intimate and fond memories of the Nobel laureate to the audience.

Perhaps the most awaited and well-attended event was the appearance of the 2008 Nobel Prize winner Jean-Marie Gustave Le Clézio. Currently considered France’s top novelist, Le Clézio spoke with Mexican writer Juan Villoro about writing as a career, and his latest offering, Tempête (2014), in which he intertwines two stories that take place in different parts of the world. 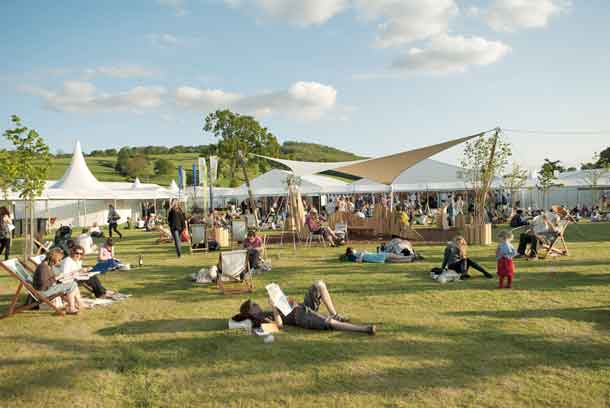 Another of the events which sold quickest was the discussion between the Dominican singer-songwriter Juan Luis Guerra and journalist Roberto Pombo. With the Teatro Heredia at bursting point and numerous spectators watching the chat on the big screens in Calle de La Merced, Guerra took us on a musical journey from “Ojalá Que Llueva Café” to his recent release “Todo Tiene Su Hora”, a song dedicated to Colombia.

Other notable guests included Humberto de la Calle, the government’s chief negotiator in the peace dialogues with FARC, and the Nobel Prize-winning American Jody Williams, who spoke to journalist Claudia Gurisatti about the dream of a negotiated peace and a post-conflict Colombia.

With the charm and colour of the city known as “the Jewel of the Caribbean” providing a perfect setting, for four sunny days the Hay Festival once again took on a distinctly costeño flavour. I, for one, will be back next year to soak it all up again. 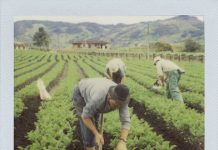